Pedalling away from Lance Armstrong’s legacy 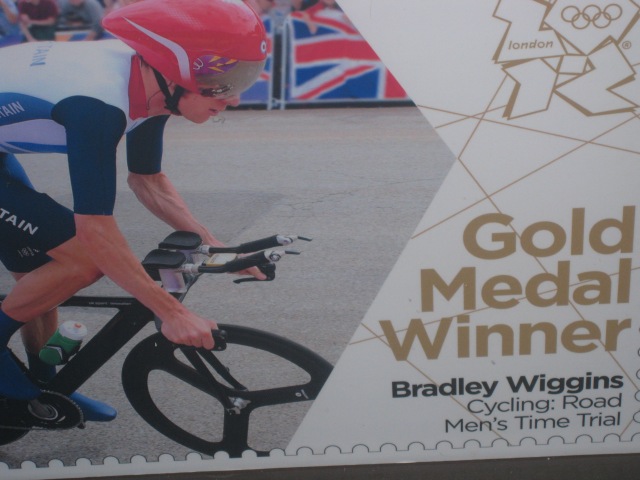 IT HAD been such a great summer for cycling, from an amazing one-two in the Tour de France to an avalanche of London 2012 medals. And to see the full impact, you only had to head out on the country lanes around this island nation to see how many of us had taken to our trusty two-wheelers again.

While the majority of the success came at the Olympic Velodrome, it was the road races that inspired so many of us to grease our chains, wipe down our spokes and ride off into the sunset. The sale of new bikes or at least the re-appearance of many from garages and sheds, told its own tale.

While we’d achieved comparatively little in other sports, it worked out that you never forget how to ride a bike. And the summer night I headed out with my family to see Bradley Wiggins’ golden postbox in Eccleston near Chorley was a case in point, seeing a succession of pedal-happy cyclists of all ages traversing rural Lancashire en route.

Some ill-advisedly dress for the part (all that figure-hugging lycra still makes me feel nauseous), thinking Team Sky tops and space-age helmets will give them extra edge. Yet whether it’s an organised event or just a family ride, it’s fair to say Wiggins, Liz Armitstead and co showed us the way.

But however strong the feelgood factor this summer, there’s always been that niggling question about doping in the background, and cycling’s dark past came back with a vengeance this week in the light of the Lance Armstrong affair.

The British Cycling organisation was extremely quick to distance itself from it all, clearly drawing a line under the whole episode and letting us know how much that sordid world is all in the past.

We saw that in France on the Tour, Wiggins going a little mental when mention of drugs came up, feeling his incredible achievements in the saddle were being undermined.

If you don’t know the background, he has good reason to get angry, not least after all those stories about his absentee dad, the Australian pro road racer who competed on the European circuit and made a name for himself in shady circumstances – a sad tale of cheating, drugs, booze and family desertion.

Bradley worked hard from the start to distance himself from all that and has proven himself to wonderful effect. But the mud of his chosen sport’s dark past still sticks to all those riding today.

The 1,000-page report from the US Anti-Doping Agency certainly leaves us in no doubt that speed wasn’t an issue when it came to the US Postal Service cycling team. Delivering well ahead of time, every time.

Armstrong’s squad were described as running “the most sophisticated, professionalised and successful doping programme that sport has ever seen,” the report setting out its case against Armstrong with damning clarity, depicting the former cycling hero, US national icon and cancer-campaigning champion as a bully who coerced his team-mates into using drugs and a cheat who paid hundreds of thousands of dollars for doping programmes.

It concludes, “His goal [of winning the Tour de France] led him to depend on EPO, testosterone and blood transfusions but also, more ruthlessly, to expect and to require that his team-mates would likewise use drugs to support his goals if not their own. It was not enough that his team-mates give maximum effort on the bike, he also required that they adhere to the doping programme outlined for them or be replaced.”

Yet the sheer weight of anecdotes and testimonies that have come out will leave him needing far more than just that old King of the Mountain guile and cunning to rise above it all and clear his name.

Money comes into it all of course, the report claiming to have evidence that Armstrong paid over a million dollars out amid all the lab blood test results and shady goings on, the team professionally masking its devious actions, evading detection and ensuring secrecy in order to ‘ultimately gain an unfair competitive advantage through superior doping practice.”

Then there’s that damning line which states that “20 of the 21 podium finishers in the Tour de France from 1999 through 2005 have been directly tied to likely doping through admissions, sanctions, public investigations or exceeding the UCI hematocrit threshold. Of the 45 podium finishes during the time period between 1996 and 2010, 36 were by riders similarly tainted by doping.”

Dave Brailsford and his ultimately victorious British Cycling team have done wonders these last few years to turn around our own fortunes and show the world how to ‘win clean’ on two wheels, not least through their high-profile zero tolerance anti-doping policy.

The body’s performance director described the agency report as ‘jaw dropping’, but insisted, “Everybody has recalibrated and several teams like ourselves are hell-bent on doing it the right way and doing it clean”.

But all that’s been revealed this week ensures the sport has a long way to go to see its good reputation remain intact and prove all these findings belong to a different age.

* A version of this article first appeared on the http://www.sportnw.co.uk website,  and is reproduced here with permission

A freelance writer and family man being swept along on a wave of advanced technology, but somehow clinging on to reality. It's only a matter of time ... A highly-motivated scribbler with a background in journalism, business and life itself. Away from the features, interviews and reviews you see here, I tackle novels, short stories, copywriting, ghost-writing, plus TV, radio and film scripts for adults and children. I'm also available for assignments and write/research for magazines, newspapers, press releases and webpages on a vast range of subjects. You can also follow me on Facebook via https://www.facebook.com/writewyattuk/ and on Twitter via @writewyattuk. Legally speaking, all content of this blog (unless otherwise stated) is the intellectual property of Malcolm Wyatt and may only be reproduced with permission.
View all posts by writewyattuk →
This entry was posted in sport and tagged Bradley Wiggins, British Cycling, cycling, Dave Brailsford, lance armstrong, Liz Armitstead, London 2012, Tour De France, United States Postal Service. Bookmark the permalink.