Posted on January 6, 2013 by writewyattuk 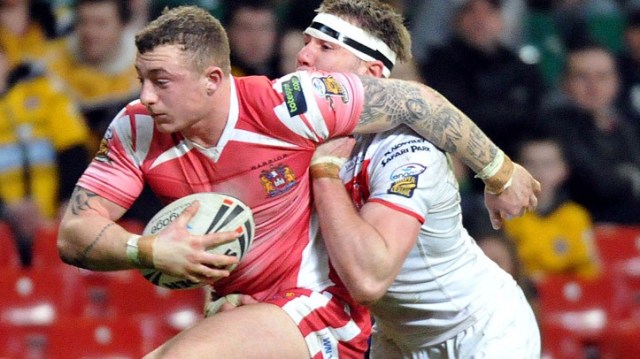 At the school just down the road from me, it seems barely a few weeks go by before talk of another visit from a famous ex-pupil.

In this case I’m name-checking Manchester United and England star Phil Jones, a regular visitor to his old high school in Leyland, Lancashire, and clearly someone with happy memories of his blazer days.

I can’t pretend to have unearthed the 20-year-old’s sporting talent, but at least saw him breaking through at Blackburn, in the days before Shebby’s Circus came to Ewood.

The Leyland teaching establishment’s famous ex-pupils also include ex-Blackpool, QPR and Burnley defender Clarke Carlisle, once dubbed Britain’s Brainiest Footballer – something proved in recent years through his role at the PFA, let alone through his earlier academic prowess.

I’m sure we’ve all had brushes with stars in the making, and it makes me feel better about some of the tonkings my old Guildford school side got knowing that Spurs star David Howells was among those who scored a hatful against us. As a left-back regularly left for dead on such occasions, that at least gives me some solace.

My brother-in-law tells a similar story about facing Godalming-born and bred future Ipswich and England defender Mick Mills, while others from my hometown talk about Chelsea hero John Hollins, and one mate still has palpitations re-living five-a-side encounters against Ron ‘Chopper’ Harris.

But from my regional reporting days, I know only too well that while some make the grade and remain in the realms of the ‘local boys and girls done good’, others never quite make the grade.

Of those who do, some quickly put distance between themselves and their old haunts, while others waltz into an area and gain hero status, like a certain Sir Bradley of Wigginsville, born in Belgium and brought up in London, yet quickly adopted by Lancastrians, not least after promises to put his SPOTY award behind the bar at his village pub.

Then there are others who never sever their links with their old patch. Bill Beaumont is a prime example, finding fame and fortune after swapping the Fylde for England and British Lions and regular TV work, yet still putting in the hours at the family mill in Chorley, while watching his own lads’ exploits on the rugby pitch nearby.

Then there are those you see rise through the ranks, from Chorley and Lancashire cricketer Tom Smith to golf’s Nick Dougherty, both of whom have plenty of time to be at the top table one day.

And while you have to take doting parents and grandparents with a pinch of salt as they praise their loved ones, now and again some make the grade – as certainly proved to be the case with a young rugby league international on my patch.

While I was covering the international exploits of code-crossing rugby legend Jason Robinson – another one-time Leyland resident – the nearby Chorley Panthers junior RL club was nurturing its own stars of the future.

I hate to think how many junior rugby league reports I subbed over the years, but certain names cropped up again and again – from Under-7s level onwards – including the Tomkins brothers, who would later find fame at Wigan.

Meanwhile, on the terraces at Chorley FC, one doting granny spoke with pride about her ‘Josh’, evidently a wiz on the rugby pitch from the age of six.

If you believed those club reports, each player was a world-beater, and – believe me – they all got mentions every week, from ‘man of the match’ to ‘best effort’ or ‘coaches/supporters’ choice’. And the thought of all these ‘big units’ barely in infant school, making ‘bone-jarring tackles’, brought many a wry smile from us cynical hacks on the sports desk.

Yet my Magpies veteran always told me how she appreciated the write-ups on her grandson, even when just a one-liner, and no doubt her scrapbooks were bulging at the seams by the time he made his Wigan Warriors debut.

Now – on the eve of the 2013 Super League season – I find that golden boy, Josh Charnley, a key component at the DW Stadium, having represented the region and the county by the time he was 16 and quickly making the grade at club level too.

He made the right wing position at Warriors his own in 2011 with a 27-try breakthrough season, his pace and skill soon seeing him decorated with the club’s young player of the year award.

That same season he earned a place in the England Knights squad, scoring against France, and in July 2012 scored a try for an England select team against the Exiles, and with Wigan finished the 2012 season at the top of the pile, their leading scorer with 31 tries.

In fact, ‘Little Josh’ now weighs in at 99kgs and is 1.80m high, and made his first full international appearance 15 years after his Chorley Panthers debut, scoring four tries last October as England thrashed Wales 80-12 in Wrexham, and also scoring as England beat France 48-4 in an end-of-season triangular tournament.

There will always be plenty of proud grown-ups prepared to tell you their little sods are internationals in the making, but bear in mind that some really will make the grade, with Phil Jones and Josh Charnley two fine examples and potential 2013 star turns.

A version of this Malcolm Wyatt article first appeared on the http://www.sportnw.co.uk website, and is reproduced here with the permission of the site and the blogger himself.

A freelance writer and family man being swept along on a wave of advanced technology, but somehow clinging on to reality. It's only a matter of time ... A highly-motivated scribbler with a background in journalism, business and life itself. Away from the features, interviews and reviews you see here, I tackle novels, short stories, copywriting, ghost-writing, plus TV, radio and film scripts for adults and children. I'm also available for assignments and write/research for magazines, newspapers, press releases and webpages on a vast range of subjects. You can also follow me on Facebook via https://www.facebook.com/writewyattuk/ and on Twitter via @writewyattuk. Legally speaking, all content of this blog (unless otherwise stated) is the intellectual property of Malcolm Wyatt and may only be reproduced with permission.
View all posts by writewyattuk →
This entry was posted in sport and tagged Bill Beaumont, Bradley Wiggins, chorley, Clarke Carlisle, David Howells, Josh Charnley, lancashire, Manchester United, Phil Jones, Tom Smith, Tottenham, Wigan Warriors. Bookmark the permalink.