Carrying on regardless with The South

I really can’t put my finger on why either, save for nostalgia and the fact that my Nan was the only person I knew who watched that lack-lustre Midlands soap back in the day.

But somehow its powerfully evocative signature tune seems apt for The South, signalling the imminent arrival of this inspirational nine-piece.

In the week The Beautiful South founder Paul Heaton appeared on a BBC sofa plugging his reunion with Jacqui Abbott, I can confirm the rest of the band remain a creative force too, judging by this upstairs sell-out at Preston’s 53 Degrees.

I’m not bothered about comparisons. Paul’s genius and Jacqui’s voice aren’t in doubt, and neither are the credentials of The South – featuring vocal duo Dave Hemingway, Alison Wheeler and much of the former touring band.

From the opening strains of Stick it In and Turn It from impressive new LP Sweet Refrains to From Under The Covers from their debut release 25 years ago, we were off to a committed start.

What also struck, while Hammy seemed to struggle initially, was that Ali perfectly complemented her reluctant front-man, expertly helping split the load.

It’s certainly clear that there remains a true band ethic at play. There’s no ‘I’ in The South. And with nine of them crammed on a relatively-small stage, maybe that was a blessing. 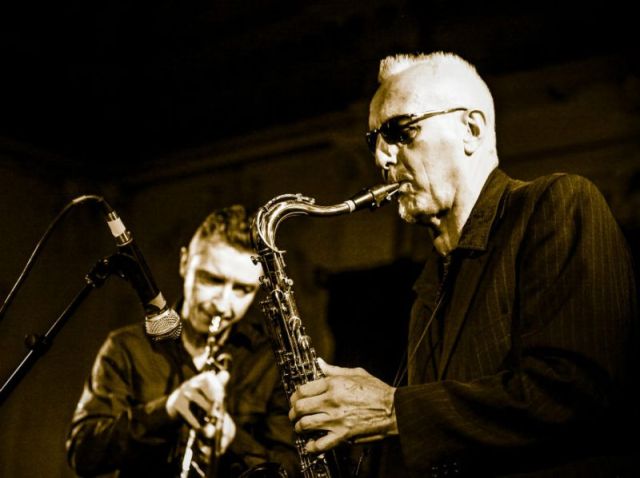 In Step: Tony and Gaz give it what for (Photo: The South)

I could hardly see the percussionist or keyboard player, the bassist, drummer and guitarist seemed happy at the back, and brass pair Gaz and Tony did well to keep in step in a confined space out front with the vocalists.

Yet they all made an aural impact. And what a band. Add to that the songcraft of Heaton and Dave Rotheray on the old songs and Phil Barton (absent tonight) on the new, and you could see we were in for a good ‘un.

Some clearly didn’t know the new songs or more obscure old ones, but there was quality throughout, not least as our vocal duo re-trod their life-affirming 2004 duet on The Zombies’ This Will be Our Year.

They were on safer ground with the sole No.1 A Little Time, its poignant message as strong all these years on, the crowd warming up now and 1994’s Prettiest Eyes going down a storm.

I just wish there was the same intensity for recent stand-out Pigeonhole. But maybe next time they visit it will be rightly lauded.

You can always rely on a few morning-after drinking songs, although we couldn’t quite suss why Hammy was still wearing his coat for 0898‘s Old Red Eyes Is Back.

In fact, he remained togged up to the collar all night, although I never had the front to ask, ‘Are you not stopping, lad?’

While not addressing that, he did comment that the political message of Choke‘s I Think the Answer’s Yes remains relevant all these years on, before bringing us up to speed with Sweet Refrains‘ statement of intent Second Coming, a perfect introduction to the band themselves.

It was different up front, but by then I was getting rattled by the constant chatter from behind, never understanding why people shell out £20 for a ticket then proceed to talk their way through. Then again , my better half suggested that perhaps they hadn’t managed to get a baby-sitter for the previous six years.

The next song at least made one girl behind spark to life, proclaiming in broad Lancashire tones, “Oh my God, I know this one!” as Dave started Song for Whoever.

There were a few back-catalogue surprises too, and I’d forgotten how good We Are Each Other was, a song maybe more akin to the band that preceded, The Housemartins. 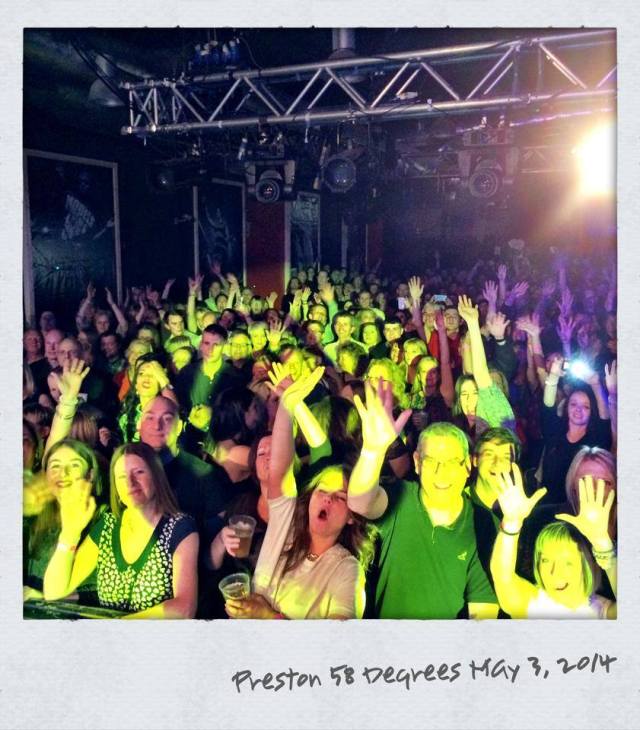 North Facing: The view from The South at Preston’s 53 Degrees (Photo: The South)

That went down well, but a bloke down the front had his own suggestion, shouting ’36 Fucking D!’ Hammy told him to wait and mind his manners, instead giving us One Last Love Song. And we all swayed along, searching for long-since discarded lighters.

Next, Ali treated us to sing-along ’30s standard Dream A Little Dream, the full band then back for Pretenders to the Throne, also from 1995.

Having moaned about the incessant talking, I’ll move on to another pet hate – people videoing on their phones, particularly when they block my view. Chances were that their recordings of Rotterdam were shit anyway. They should have just enjoyed the moment and sang along.

The band were on a roll now, and the requested 36D led to one punter throwing a bra on stage. That was followed by Don’t Marry Her, Ali out-sang by her audience when it came to the non-radio version of the chorus.

Thankfully, no lingerie was thrown during Perfect 10, but while that was set to be the last song, Dave had already informed us they were doing away with the expected – carrying on regardless, so to speak.

So the band went straight into Woman in the Wall and You Keep It All In (their rather unsettling join-in choruses suggesting we had a roomful of ne’er-do-wells) before heading off and leaving us with a spring in our step on Good as Gold (Stupid as Mud), a fitting end from the band that refused to lie down.

By all means, go see Paul and Jacqui and snap up their new platter, but equally check out The South, and grab a copy of Sweet Refrains. Quality all round. 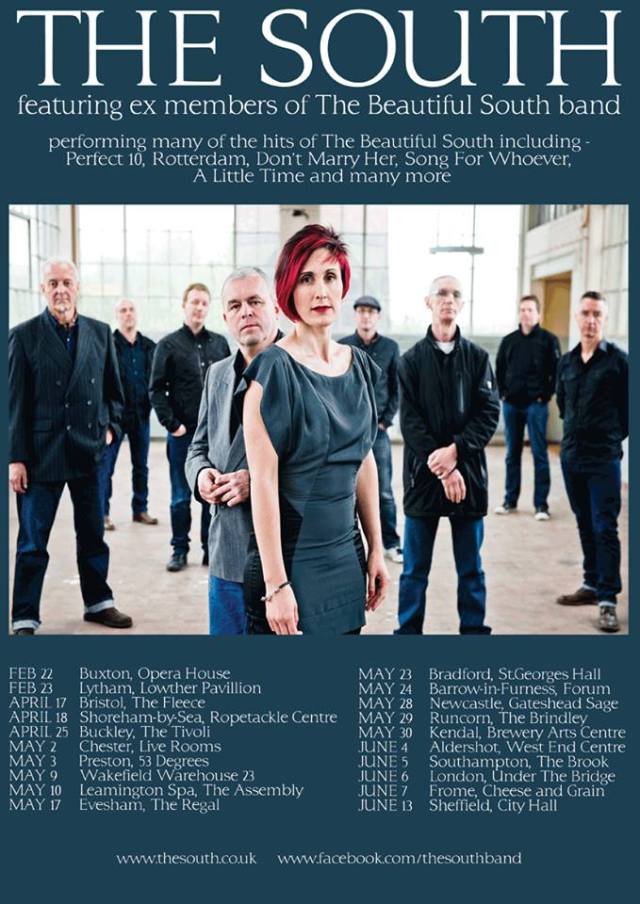 For a writewyattuk feature/interview with The South’s Dave Hemingway, head here.

A freelance writer and family man being swept along on a wave of advanced technology, but somehow clinging on to reality. It's only a matter of time ... A highly-motivated scribbler with a background in journalism, business and life itself. Away from the features, interviews and reviews you see here, I tackle novels, short stories, copywriting, ghost-writing, plus TV, radio and film scripts for adults and children. I'm also available for assignments and write/research for magazines, newspapers, press releases and webpages on a vast range of subjects. You can also follow me on Facebook via https://www.facebook.com/writewyattuk/ and on Twitter via @writewyattuk. Legally speaking, all content of this blog (unless otherwise stated) is the intellectual property of Malcolm Wyatt and may only be reproduced with permission.
View all posts by writewyattuk →
This entry was posted in Music and tagged 53 Degrees, Alison Wheeler, Crossroads, Dave Hemingway, Dave Rotheray, Gaz Birtles, Jacqui Abbott, Paul Heaton, Preston, Sweet Refrains, The Beautiful South, The South, Tony Robinson. Bookmark the permalink.

2 Responses to Carrying on regardless with The South