Posted on September 22, 2014 by writewyattuk

Having fallen foul of weekend gridlock on English motorways many times between the South-East and North-West, my heart went out to Lisbee Stainton on Friday night.

After an eight-hour stop-start drive from London to rural Lancashire, she had barely half an hour to spare before facing a small but appreciative audience at Ribchester Village Hall.

Behind the friendly welcome, the promoter appeared a little anxious about his star attraction’s delay. But thankfully, special guest Glyn Shipman was playing a blinder, adding a few songs to his set – a half-hour slot becoming much more.

Glyn’s Ian Broudie-like acoustic guitar and harmonica delivery was nicely augmented by nervous but personable between-song chat with a crowd that was always on his side.

His songs are as personal as they are pensive, and while he was eventually looking at his watch and set-list, working out what to try next, he was willing to try a couple for the first time in public.

Then there was ‘growing old’ song Woke Up This Morning and story songs tackling everything from Jack Ruby to displays of love on motorway bridges and a zoo-bound monkey with a plan.

We were also treated to a poignant WW1 tale about his Grandad, Maple Gardens, and one about his father’s enthralling conjuring tricks, My Dad’s Magic, the audience wondering if the whole family were going to be name-checked before Lisbee arrived.

We weren’t to be disappointed though, this critically-acclaimed Hampshire talent appearing red-faced and nervous but quickly ready to roll. And 17 songs later she’d made a lot of friends in this tucked-away pocket of Lancashire.

If taken aback by the pantomime woodland backdrop at this near-perfect setting, Lisbee never let on, and from the Joni Mitchell-like opener Is Whispering, she was away.

All that time on the road (sorry) in her own right and as part of Seth Lakeman’s band has clearly ensured a consummate performer, one at the top of her game too.

Wrench was next, from 2011, the twang of the low strings beguiling, then the title song of 2010’s Girl on an Unmade Bed, covering this young artist’s future prospects, written while still at uni, no less strong without the LP version’s glorious harmonies.

Eloise was the first of several fine cuts from current album Word Games, Lisbee soon reminiscing about a night supporting Joan Armatrading in Europe when traffic woes  meant she was even later – arriving on stage 15 minutes before showtime.

She’s clearly big on audience participation, something perhaps honed from all those living room gigs in recent years, and split us into three sections to sing along on third album Go’s title track, again with those inventive chord sequences to the fore.

We were given a choice of ‘sexy’ or ‘dark’ next, and not surprisingly the gigging folk of Ribchester went for the former and were treated to the sensuous Dance with Me, one of at least two songs taking me back to Judie Tzuke.

Powerfully-brooding Word Games track The Poppy followed, one of several with horticultural links, part-homage to Lisbee’s mum’s background as a garden designer.

Our ‘English Rose with the eight-string guitar’ was soon among us, happily talking tuning techniques and traffic nightmares during a break, then returning for an assured second set.

She re-started with songs from each of her four albums, first requesting us to stomp and clap along in lieu of percussive backing on Navigating, before the upbeat Just Like Me and more pensive The Author kept up the high standard.

The latter was delivered with a haunting vocal bringing to mind Cocteau Twins’ Elizabeth Fraser or The Sundays’ Harriet Wheeler, while one of the tracks that launched her, the beguiling Red from 2006 debut Firefly, offered a further example of Lisbee’s ‘plant music’, her audience increasingly engrossed.

When she introduced the gorgeous Sundays-esque We Don’t Believe in Monsters, one female audience member responded with a matter of fact ‘We do!’ – a further example of the laidback heckling at this intimate soiree.

Our would-be holiday camp entertainer then led a sing-along on Red Dog Running, the catchy Word Games opener, an impressed Lisbee subsequently asking if this talented audience could join her tour. There was a major take-up, although someone added a stern ‘as long as you’re on time’, bringing audible gasps from elsewhere. 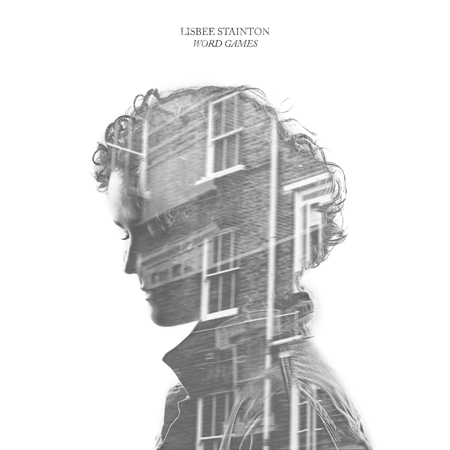 From there we had the laidback crossover pop of Never Quite An Angel, then the new album’s title track Word Games, a slow-builder that again went down a storm.

It was never in doubt that we were getting an encore, and Lisbee obliged with two delicious cuts from Go, starting with the wonderfully-optimistic Sidekick – telling us about its accompanying ‘on the cheap’ video, filmed in central London.

Then there was Find Me Here, a gem of a finale, neatly rounding off a great night’s entertainment.

Lisbee’s star is ever-rising, but at least for now we can enjoy her on a more intimate level, whether guesting with others, playing with her own band, or on her tod.

And those who experienced her live at Ribchester certainly won’t forget her.

For an interview with Lisbee Stainton on this blog, and further links to find out where you can catch her on tour, head here.

With thanks to Carl Barrow, with more details about his forthcoming Hollow Horse shows to be found here.

A freelance writer and family man being swept along on a wave of advanced technology, but somehow clinging on to reality. It's only a matter of time ... A highly-motivated scribbler with a background in journalism, business and life itself. Away from the features, interviews and reviews you see here, I tackle novels, short stories, copywriting, ghost-writing, plus TV, radio and film scripts for adults and children. I'm also available for assignments and write/research for magazines, newspapers, press releases and webpages on a vast range of subjects. You can also follow me on Facebook via https://www.facebook.com/writewyattuk/ and on Twitter via @writewyattuk. Legally speaking, all content of this blog (unless otherwise stated) is the intellectual property of Malcolm Wyatt and may only be reproduced with permission.
View all posts by writewyattuk →
This entry was posted in Music and tagged Girl on an Unmade Bed, Glyn Shipman, Go, Lisbee Stainton, Ribble Valley, Ribchester, Seth Lakeman, Sidekick, The Sundays, Word Games. Bookmark the permalink.