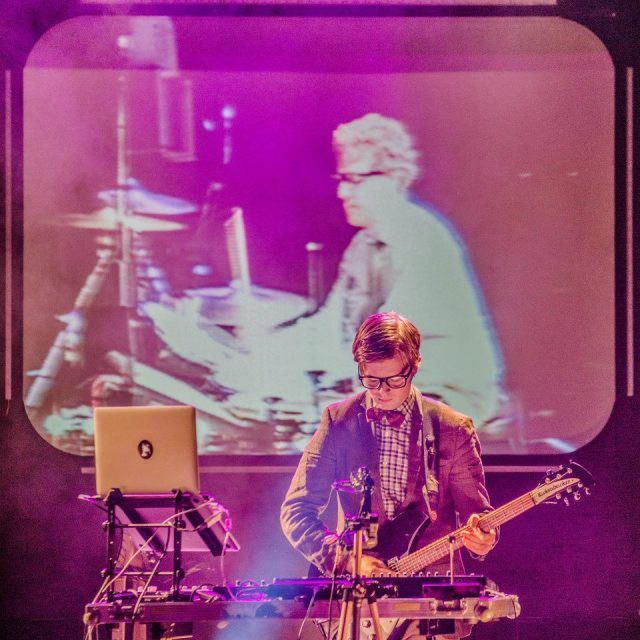 It’s ironic that the night we decided to do without the car and took the train to Manchester, my better half and I were let down by public transport.

Not so much Public Service Broadcasting as Replacement Bus Service, cheated out of the show’s climax by ill-timed engineering works, dragged away from the band that once delivered their own awesome spin on the cult documentary Night Mail.

So after loitering at the back during a stonking run through Gagarin and new album finale Tomorrow, we had to head into the night and miss Everest so we could leg it up the road to Piccadilly Station to find a waiting coach, like a modern-day Edmund Hillary and Tenzing Norgay.

But enough of our first-world problems (at least for now). Instead, let me salute two fine bands deserving of big time recognition.

First off, Smoke Fairies, as beguiling (warning: I’m in danger of over-using that word while describing the delightful Katherine Blamire and Jessica Davies) as I could have hoped – at times exquisite, yet perhaps ballsier than I might first have envisaged.

Our let-the-train-take-the-strain dilemma (sorry, but I didn’t rule out further mentions) meant we arrived mid-set, but at least in time to hear the gorgeous Eclipse Them All, apt given the evening’s over-riding space theme.

Unfortunately, we had barely half a dozen songs to thrill to before the band were away, but I’ll definitely seek out Katherine and Jessica – on this occasion at the heart of a five-piece – again, and until then will happily check out the furthest reaches of their vast back-catalogue.

For all the support band’s power on the night, there was strength enough in the front pair’s vocals and guitars alone, let alone the added visual impact of their matching sparkly metallic spacewear.

The title tracks of Blood Speaks and Wild Winter suggested a darker edge that PSB’s fans may not have expected, but Chichester’s finest were a perfect addition to the bill and should have attracted a whole new fan-base on the night.

There was never any doubt that Public Service Broadcasting would live up to expectations, and while this show had a different dynamic to that of my last viewing at Preston’s 53 Degrees two years before, I’m pleased to report success has not gone to their heads.

From the moment J. Willgoose Esq. and co. made their entrance amid a spot-on public service broadcast about the do’s, don’t and general etiquette of gig-going, this was a blast.

The corduroy-trousered legend and his drumming sidekick Wrigglesworth remain at the heart of it all and resolutely anti-rock, and are now joined live by their own techno wizard Mr B and a seemingly more-animated bass, horn and keys provider JF Abraham.

The set added to it all, a bank of TVs on each side of the stage and the video screen backdrop augmented by fancy but never showy lighting and even their own satellite creation (the graphics just the right side of London Planetarium smart-aleckness).

If you haven’t yet sampled their first two albums, I despair of you, but this was a crowd that knew just what this South London outfit were about, and the band mirrored their enthusiasm.

Throughout, they alternated between new and old material and a variety of styles, from the Balaeric beep-beats of Sputnik to the sheer grunge of Signal 30 and a toe-tapping banjo-fuelled Theme from PSB onwards.

As one, we defied gravity in space-walking soundcape EVA, then clambered aboard the Night Mail and found ourselves wide-eyed at a colour-decoded ROYGBIV as Willgoose went to town on his synth. 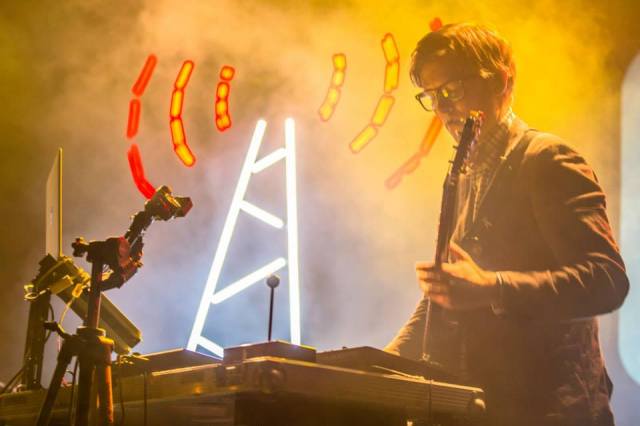 The mood changed as Smoke Fairies Jessica and Katherine returned to treat us to a stirring, heart-rending Valentina with the main act, the PSB punters swooning again in their presence.

There was a new song too and we were asked somewhat randomly – via the band’s talking computer, which stands in for Willgoose’s own vox  – if we enjoyed films about ice skating in Dutch, before the band glided its way through Elfstedentocht Pt. II.

Next up was a reminder of PSB’s archived beginnings, If War Should Come giving rise to breakthrough hit and crowd favourite Spitfire.

We were soon back to The Race for Space, and I swear the temperature dropped, hairs rising on the back of the neck for tense dark side of the moon drama The Other Side.

Then we experienced the sheer exuberance of Go! as the Apollo landing tests saw us to new heights that only first encore Gagarin could match.

Appearances can deceive, and the guesting brass trio belied their initial stage presence with a few stunning dance moves, while Willgoose asked us how we liked his own other-worldly glittering space jacket.

Meanwhile, Smoke Fairies brushed past near the sound-desk on their way to their own launchpad, and I swear on two occasions I picked out a spaceman up in the gallery. It was that kind of evening.

Then came the part-elatory, part-poignant show-stopper Tomorrow, but time was against us now. Our replacement bus was waiting, and I’m afraid that would have to be that this time around.

Rumour has it that Everest provided a fitting finale though, and came with a dedication to those affected by the recent grim happenings in Nepal.

And with that in mind I’ll curb any further talk of traffic dilemmas, instead directing all those who haven’t quite done so yet to consider a DEC Appeal donation. Because every little bit helps.

For an interview with Public Service Broadcasting’s J. Willgoose Esq., head here, and for the writewyattuk verdict on The Race for Space, try here.

Meanwhile, a feature/interview with Smoke Fairies’ Katherine Blamire will follow on this blog next week.

A freelance writer and family man being swept along on a wave of advanced technology, but somehow clinging on to reality. It's only a matter of time ... A highly-motivated scribbler with a background in journalism, business and life itself. Away from the features, interviews and reviews you see here, I tackle novels, short stories, copywriting, ghost-writing, plus TV, radio and film scripts for adults and children. I'm also available for assignments and write/research for magazines, newspapers, press releases and webpages on a vast range of subjects. You can also follow me on Facebook via https://www.facebook.com/writewyattuk/ and on Twitter via @writewyattuk. Legally speaking, all content of this blog (unless otherwise stated) is the intellectual property of Malcolm Wyatt and may only be reproduced with permission.
View all posts by writewyattuk →
This entry was posted in Books Films, TV & Radio, Music and tagged DEC Appeal, Everest, Gagarin, J Willgoose Esq, Jessica Davies, Katherine Blamire, Manchester, Nepal, Smoke Fairies, Sputnik, The Race for Space, The Ritz, Wild Winter. Bookmark the permalink.