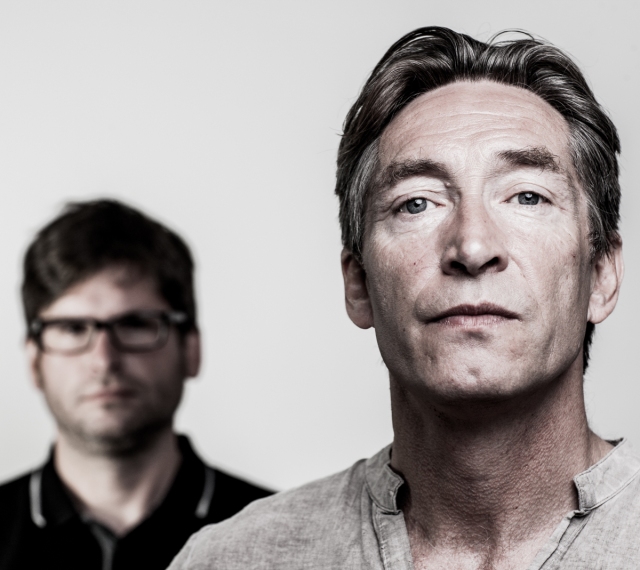 I’ve probably said this before, but I don’t tend to do plugs on this blog. But this is a project I feel deserves wider recognition, involving a touching tribute to Anthony H. Wilson, the mouthpiece-turned-icon for so much great music and art.

It’s now eight years since Factory founder and former Granada presenter Tony Wilson died, and to mark that anniversary, Skinny Dog Records – a label formed by members of I Am Kloot and Elbow – is releasing an all-star tribute to the Mancunian legend.

From those first Sex Pistols shows at Manchester’s Lesser Free Trade Hall (as discussed with Buzzcocks’ Steve Diggle on this very blog a couple of weeks ago, with a link here) to Malcolm McLaren’s band’s TV debut on So It Goes and onwards, Wilson was at the heart of the Manchester scene, something readily acknowledged by so many influential players.

Some of those have now come together to mark the anniversary of his passing, contributing to a video to go with the single.

St. Anthony: An Ode to Anthony H. Wilson started life as a mere poem by Mike Garry, but I guess it was always more than that.

Anyone who’s seen this revered performance poet knows how much emotion goes into his shows, and his Tony Wilson tribute was always one of the highlights.

As he puts it, “The catalyst was Terry Christian phoning me up and saying, ‘I’ve got a radio programme I’m doing about Tony Wilson, will you write a poem for it?’

I first heard the result of that when I chanced upon Mike Garry and Luke Wright at Preston’s 53 Degrees, supporting John Cooper Clarke (with a review here). Amid three strong sets that night, St. Anthony still stood out.

I wrote at the time how it so evocatively told of ‘the late TV legend’s encompassing influence on seemingly everything that encapsulated Garry’s North West during the previous decades, provided in an A to Z namecheck of key moments’. Wordy maybe, but I’ll stand by that.

Now it looks like it’s finally getting the wider recognition it deserves, not least thanks to a promotional video made by Soup Collective and filmed at the Sharp Project, and seen as testament to the love and respect for Wilson that continues after his death.

The video features Mike performing with a little added emotive expression (I won’t use the term ‘miming’, although it definitely works here) from a collection of close friends and collaborators, each reciting lines from the poem.

The single itself is released on August 14th, featuring artwork by Peter Saville and a remix by Andrew Weatherall, who also appear in the video.

Apparently, Garry took the original poem to composer Joe Duddell (New Order, Elbow), and word has it that he immediately heard elements of New Order’s Your Silent Face, something that had passed the wordsmith by.

Accordingly, Duddell decided to base the music on that song, and St. Anthony: An Ode To Anthony H Wilson was born.

You probably know the AHW story already, but to get the rest of you up to speed, Wilson launched Factory Records in 1978, going on to establish the label by signing the likes of Joy Division and later New Order and Happy Mondays.

Known as ‘Mr Manchester’ for his work throughout his career promoting the city, he was immortalised on film by Steve Coogan in 2003’s 24 Hour Party People and again in the Joy Division biopic Control, this time played by Craig Parkinson.

After a long struggle with cancer, Tony Wilson died in 2007 in Manchester’s Christie Cancer Hospital. And fittingly, all profits from the single will go to The Christie Charitable Fund.

As Mike says himself, “When Anthony H. Wilson died in August 2007, I knew the world would never be the same.  Tony Wilson built the modern Manchester.”

St. Anthony: An Ode To Anthony H Wilson will be available to download and buy on CD and white vinyl 12”, all featuring the Weatherall remix, on Friday, August 14th.

Portraying Tony: Steve Coogan as Tony Wilson on the set of So It Goes for 24 Hour Party People

To celebrate the release, there will also be a launch party at the old Granada Studios on the day, with Mike Garry and Joe Duddell leading an ensemble performing the single live, some very special guest DJs appearing, and the video being screened, alongside previously unseen, exclusive interview footage from the shoot.

For more information and to buy tickets to the event, go to www.stanthony.tickets. All proceeds from the event also go to The Christie Charitable Fund.

Meanwhile, a newly-launched official website, designed by Retro Fuzz, can be found at saint-anthony.co.uk and allows you to explore the places, people and stories which make up the lyrics – helping to see the full picture of Wilson’s impact.

Playing on the poem’s repeated refrain of ‘Talk to me of…’ the website allows you to send messages from your mobile phone direct into the site to join the conversation.

There are also social media outlets via Facebook  and Twitter. And for more about Skinny Dog Records, try here.

Finally, catch the video here. It’s a stunning project for a great cause, and deserves your attention.

A freelance writer and family man being swept along on a wave of advanced technology, but somehow clinging on to reality. It's only a matter of time ... A highly-motivated scribbler with a background in journalism, business and life itself. Away from the features, interviews and reviews you see here, I tackle novels, short stories, copywriting, ghost-writing, plus TV, radio and film scripts for adults and children. I'm also available for assignments and write/research for magazines, newspapers, press releases and webpages on a vast range of subjects. You can also follow me on Facebook via https://www.facebook.com/writewyattuk/ and on Twitter via @writewyattuk. Legally speaking, all content of this blog (unless otherwise stated) is the intellectual property of Malcolm Wyatt and may only be reproduced with permission.
View all posts by writewyattuk →
This entry was posted in Books Films, TV & Radio, Music and tagged Christopher Eccleston, Factory Records, Iggy pop, John Cooper Clarke, Joy Division, Julie Hesmondhalgh, Manchester, Mark Radcliffe, Mike Garry, New Order, Richard Madeley, Shaun Ryder, Steve Coogan, Tony Wilson. Bookmark the permalink.

4 Responses to St Anthony: An Ode to Anthony H. Wilson