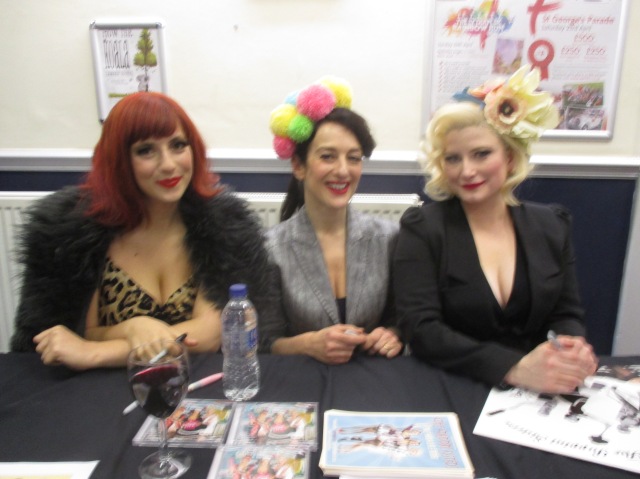 Signing Sirens: Emma, Marcella and Kate play up to the camera post-Pavilion show. Next time I might even put the flash on. (Photo: Malcolm Wyatt)

Never mind the pom-poms … here’s The Puppini Sisters. And they want to talk to you about living The High Life.

On the back of a brand new album – their fifth, and most independent yet – the London-based trio were on fine form within Lowther Gardens on Friday, overcoming a few technical glitches on night two of a far-reaching UK tour.

There was also plenty of promise from support Hollie Stephenson, barely 18 and with a bright future judging by her opening spot in this memorable Fylde coast encounter.

Hollie only had time for a handful of songs but exuded real star quality, quickly winning over this Lancashire venue’s clientele with her jazzy, soulful phrasing.

If the North London teen was out of her comfort zone in front of a – let’s face it – more mature audience, it didn’t put this talented young singer-songwriter off.

The obvious vocal comparison would be Amy Winehouse, but Hollie’s no tribute act and certainly doesn’t come over as the latest off the BRIT school talent conveyer belt.

She’s very much her own artist, albeit one who appears mightily thankful of being given her opportunity to shine.

Decked out in black, hugging her guitar, with just a bass player and drummer for company, Hollie has a similar gutsy approach to the headliners, and will go far. 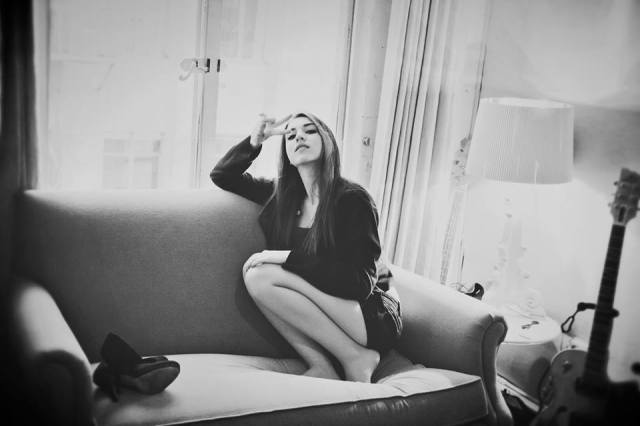 I’m not sure how much of an impact ex-Eurythmics and Tourists guitarist Dave Stewart has had over his protégé, but understand fully what he heard and saw in her.

For all her potential it was the nervous edge that won me over, less assured between-song small talk characterising a genuine nature, making her all the more likeable.

No words appeared to pass between Hollie and her band, but they seemed intuitive, used sparingly but to good effect while she charmed the crowd.

I’m sure the Puppinis wouldn’t have minded, but she even asked us the time at one point, worried about over-running for a second consecutive night.

Many a lesser act (and certainly a few ‘box office’ turns) might have had girlie strops about some of the sound and lighting issues on the night. Not the Puppinis though.

This assured vocal trio and their three-piece band thrived in the face of gremlins on a cold winter’s night by the Ribble estuary.

First, it seemed that the Sisters’ subtle hand movements to raise or drop levels were part of the choreography, but the soundman was working hard to steady the ship. 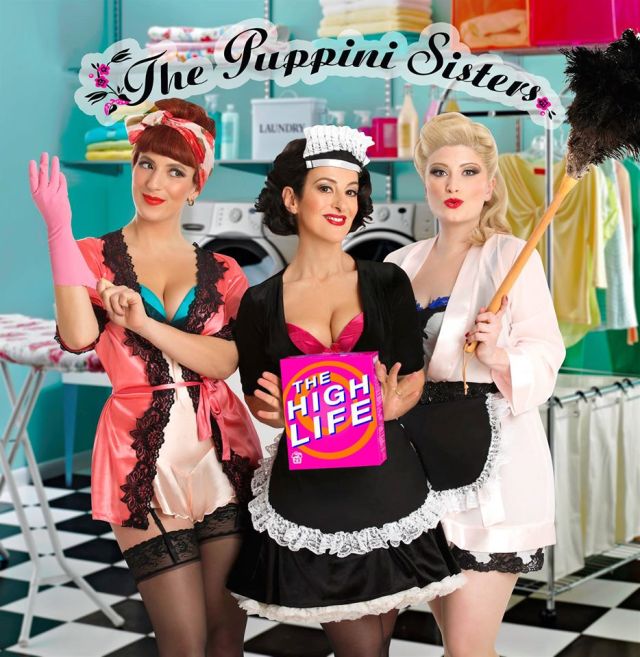 And while opening song and new single Is This the High Life? was more a soundcheck in places, the girls soon had us eating from their collective palms.

From 1950s’ standard Mr Sandman onwards we had a real sense of vocal and visual prowess, while the banter with the crowd and among themselves was highly entertaining.

As well as those luscious harmonies – strong throughout, the timing impeccable – our trio were certainly easy on the eye, if you don’t mind me saying.

To our left, redhead Emma Smith; in the centre, dark-haired Marcella Puppini (occasionally with accordion); to our right blonde bombshell Kate Mullins (now and again tooting on her melodica, so to speak).

And behind them we had a top-note jazz combo of guitar (Martin), double bass (Henrik) and drums (Peter) – highly dependable but never out to steal the limelight.

The Sisters’ inventiveness was showcased neatly on a glorious mash-up of The Sugarhill Gang’s Rappers’ Delight and Sia’s Chandelier.

And if anyone was struggling to match personnel with voices, help was at hand via the first solo spot, Kate’s deeper tones used to great effect on a sultry run through Elvis Presley’s Love Me Tender, aided by Martin’s six-string licks.

We were asked – as if we needed to be – to look beyond the band’s pom-pom-adorned dresses as Marcella and Emma rejoined for an inspired It Ain’t What You Do, somewhere between the Ella Fitzgerald and Bananarama versions. 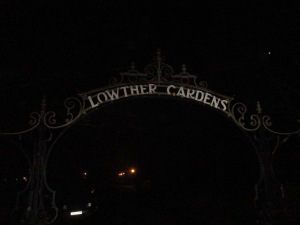 Swinging Lytham (their words, not mine) was invited to guess how many songs featured in a mighty swinging medley that followed, the Puppinis’ tongue-in-cheek take on empowerment going down a storm.

So not to spoil it for future nights, I’ll just get you started, mentioning a Destiny’s Child song recently covered by They Might Be Giants and one by Meghan Trainor, as pointed out by my eldest daughter. And in a certain light you can see Kate as a big sister to Meghan.

Next, perhaps my personal highlight, was a heart-tugging three-part, heartfelt arrangement of Tennessee Waltz. Much as I like Patti Page’s 1950 hit, the Sisters make it all the more up close and personal. Thrice improved you could say.

Marcella highlighted her own talent on a self-penned Everything is Beautiful, further hiccups with those sound gremlins unable to unnerve her, the high notes hit with comparative ease.

We were soon asked to play Name That Tune, an inventive arrangement and Emma’s playful twist on the intro not deterring someone up front (a second before my 16-year-old) from quickly guessing a memorable take on a 1980s floorfiller. Again, I’ll leave that under wraps.

We Love to Bebop showcased this Sisters’ jazzy ‘vocalese’, while a neat twist on Changes, recorded not long before David Bowie’s death, further proved the strength of the original.

Then we swapped Carmen Miranda’s bananas for Emma, Kate and Marcella’s pom-poms on a three-part Tico Tico, bringing a little Latino light to Lytham.

Soon, Emma was alone with cool-as-you-like Henrik Jensen on ‘giant violin’ for a further highlight, a Fred and Ginger-inspired Cheek to Cheek.

How much humour was planned I can’t say, but our playful Sister proved a comic tour de force as the gremlins re-took control.

First, the houselights threatened to blind us when they were meant to be dimmed to create the feel of a smoky French club (Emma reckoning we had the most disturbing jazz setting instead). 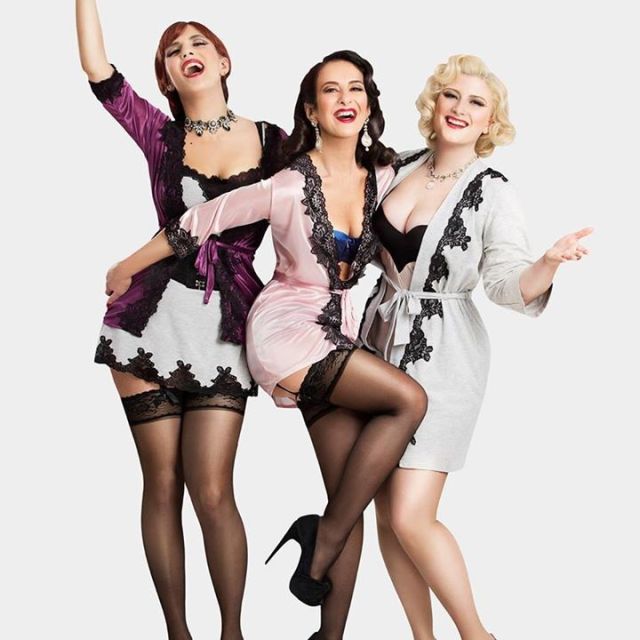 Then the dry ice took hold, our chanteuse close to choking, ‘I’m in heaven’ traded for ‘I’m in hell’. But she fought gamely on, Henrik further contending with her close attention, his slicked hair ruffled.

The full Sisters’ act returned for an assured Diamonds are a Girl’s Best Friend and a majestic Accentuate the Positive.

And there was still time for Supercalifragilisticexpialidocious, the girls again defying limits, fitting all those words in while trading tri-perfect vocals, further proof that it’s a jolly ‘oliday with Marcella, Emma and Kate.

What’s that? What were they wearing? Not my department, I’m afraid. Didn’t I mention the pom-poms? I did say they’re good on the eye … and ears. Go see for yourselves. Buy the new LP, learn the songs, live The High Life.

For the latest feature/interview with The Puppini Sisters on this blog, starring Kate Mullins, head here.

For more dates and to find out how to get a copy of The High Life, try the Sisters’ website here or keep in touch via their Facebook and Twitter pages.

And for further information about Hollie Stephenson, try her Facebook page here.

A freelance writer and family man being swept along on a wave of advanced technology, but somehow clinging on to reality. It's only a matter of time ... A highly-motivated scribbler with a background in journalism, business and life itself. Away from the features, interviews and reviews you see here, I tackle novels, short stories, copywriting, ghost-writing, plus TV, radio and film scripts for adults and children. I'm also available for assignments and write/research for magazines, newspapers, press releases and webpages on a vast range of subjects. You can also follow me on Facebook via https://www.facebook.com/writewyattuk/ and on Twitter via @writewyattuk. Legally speaking, all content of this blog (unless otherwise stated) is the intellectual property of Malcolm Wyatt and may only be reproduced with permission.
View all posts by writewyattuk →
This entry was posted in Comedy & Theatre, Music and tagged Amy Winehouse, Dave Stewart, David Bowie, Destiny's Child, Emma Smith, Hollie Stephenson, Kate Mullins, lancashire, Lytham, Marcella Puppini, Meghan Trainor, PattI Page, Puppini Sisters, Sia, The High Life. Bookmark the permalink.