The Icicle Works – Clitheroe, The Grand

Works Outing: Ian McNabb, getting low down and dirty around the UK, including this Clitheroe stop-off

I’ll start with a confession. When Ian McNabb mentioned in our recent interview that those coming along to his forthcoming shows were in for something approaching a three-hour dose of rock’n’roll, I wondered if he might be outstaying their welcome.

I thought I was more about incendiary Jesus and Mary Chain type blink-and-you-miss-it, mesmerise-then-scarper performances, where you have grounds for a refund but still come out on a high, knowing you’ve witnessed something special.

I’ve read plenty about Springsteen gigs that go on for what appear to be days on end, crowds loving it, but that’s not me, right? In the same way I love three-minute pop that doesn’t hang around, I prefer short-sharp live sets leaving us craving more.

But while McNabb’s Icicle Works performances will have you worrying if you’re going to miss that last bus or train home, it’s worth it, believe me. Even if he seldom provides employment for support acts looking to get their faces known.

When it came to The Grand, it would take some organisation to arrange public transport anyway, this punter opting instead for the trusty family Volvo (don’t judge me) for a 40-plus-mile round-trip. And I just about had time to start on my solitary pint before the band clambered on stage at 7.45 for a 90-minute opening set, part one of a spellbinding 22-song salvo spanning 35 years.

That number’s nothing extraordinary on paper, but when you scheme in how much is packed into each number, that often defies nature, not least with three of the band closing in on their 60s.

I loved The Icicle Works, the beauty of ‘Birds Fly (Whisper To a Scream)’, ‘Love Is a Wonderful Colour’ and ‘Hollow Horse’ dragging me in as a teen. I guess there’s nostalgia too, recalling times and places through key tracks. And many more great moments would follow, whatever mode of transport McNabb was driving. Take for example 1990’s ‘Motorcycle Rider’, occasional kick-starts taking us in new directions.

But here’s a second confession. The original production on some of those Works LPs occasionally turned great songs into something a little dated. I could still feel the quality and admire the width, but sometimes those recordings didn’t do them favours.

However, as the years progressed, Ian got over that, in style, a number of solo albums incorporating a far beefier sound that suited him so well, and if you’ve seen them live you’ll know for sure how much of a sonic punch they pack, absolutely owning those songs.

In that same interview, Ian labelled his more recent band project, Cold Shoulder, a rougher version of the Works, but that only told half the story. Fact is that the Works too are a far more rough and ready yet sharper version of the original band. Days alongside leading lights from Crazy Horse and the like have clearly paid off. All these years on, he’s at the top of his game, with his band shit-hot.

That was pretty much apparent from the moment they kicked off with 1985 second LP stormer ‘When It All Comes Down’ (good enough to finish most sets, let alone start one) and followed that with the Cope-esque pop perfection of ‘Evangeline’ from the third long player, the clock yet to strike eight and the place already jumping, with guitars searing and a devoted following singing along.

Their on-stage passion is infectious, Ian funny and charming between songs, the full-grown beard and baker boy cap suggesting to those who haven’t seen him in a while that he’s trying to avoid a local he borrowed money from in 1988.

At Boots’ side we have fellow guitar supremo Chris Kearney, part of the Cold Shoulder set-up, and Roy Corkill on bass, previously involved from 1988/90 and again since the 2006 reformation, as is the case with the unmistakeable Richard Naiff (with whom Ian guested with the latter-day Waterboys), his long hair flying as he bobs up, down and around behind two banks of keyboards as if powered by Lord alone knows what, having the time of his life, the sounds produced sublime at times. 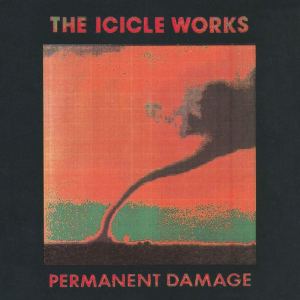 And then there’s Nick Kilroe, owning those drums. I expected the Keith Moon-like splendour of Dodgy’s Mathew Priest, but was mightily impressed by this second Cold Shoulder loanee, who clearly knows his way around a kit, with support on the fringes by Tim Devine, for the most part keeping his head down.

On they cracked, 1985’s ‘Seven Horses’ leading to the reflective ‘Little Girl Lost’ from three years later, Kilroe at its epicentre. And then there was ‘86’s Scott Walker-esque ‘Who Do You Want For Your Love?’, your scribe in no doubt he was in the presence of an artist who still has a great voice 30-plus years down the line. Arguably, it’s even better, plenty of living reflected in that deep timbre.

On we went with the proggy ‘Rapids’ and slow-building ‘Starry Blue-Eyed Wonder’, the main-man telling us – punters still turning up, clearly not getting the memo – ‘It gets better, la!’ as if we needed convincing. Meanwhile, ‘Up in the North of England’ was as powerful as I hoped, Ian adding ‘Fuck the Tories’ at the end in case we’d missed the underlying theme. Well said.

We went further back for the self-titled debut LP’s ‘A Factory in the Desert’, giving rise to the following year’s Teardrop Explodes-like ‘Out of Season’, then another personal highlight, 1990’s beautiful ‘Melanie Still Hurts’, our guest revealing how he changed the names to protect the once-innocent when writing it, but reckoning he’d met all those girls since. The scamp.

And then came two brooding first album choices to end part one, ‘In the Cauldron of Love’ and ‘Nirvana’, the bandleader almost apologetic in explaining how this ageing collective needed more wees these days. He wasn’t fooling anyone though. They have more dash and bollocks than 90 per cent of today’s feted rock and pop acts.

They soon reassembled, the glorious Rust Never Sleeps-like guitar assault of Permanent Damage’s ‘What She Did to My Mind’ dragging us back from the bar, and ‘85’s similarly-robust ‘Perambulator’ leaving the Grand clientele gasping, the old ‘uns on guitar, bass and keys still going strong, no medical attention required.

It was largely solo year territory from there, Head Like a Rock’s majestic country rock-tinged powerhouse (maybe that should be powerhorse) ‘This Time is Forever’ followed by a mighty left turn, Merseybeast’s glorious ‘You Stone My Soul’ – part-Edwyn Collins, part-Sly Stone – having me daydreaming about the Rev. Al Green joining them up there. As a wise man said, ‘Be careful what you dream of, it may come up and surprise you.’ Well, wouldn’t that be something. 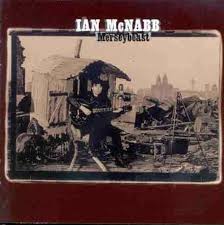 There were concerns about the venue’s curfew, but somehow they still fitted in ‘Clarabella (Come to the Window)’ – think Neil Diamond writing for the Faces – barely two years old but truly at home among these classic songs of yesteryear. And then there was a raucous return to 1994 for the celebratory ‘70s rock of ‘You Must Be Prepared to Dream’, another hour having sped by.

The clock almost run down, out went the 1983 singles. But did we feel cheated? Not a bit. How could we? Instead we got ‘86’s wondrous ‘Understanding Jane’, me realising I hadn’t told my better half I’d even arrived on this dark, wet night in rural Lancashire, potential recriminations on the cards.

A grunge-driven ‘Our Future In Space’, from the latest Cold Shoulder LP, saw the lines between McNabb’s band projects blur and the floor reverberate, an intergalactic juggernaut (more a space station, I guess) of a song followed by the 35-year-old ‘Hollow Horse’, the decades melting away, the audience drained but Ian and co. reliant on wild horses to drag them away … possibly. What a night. Come back soon, fellas.

For this website’s most recent feature/interview with Ian McNabb, including a link back to our October 2015 chat, head here.

Spatial Future: Ian McNabb, still a force to be reckoned with, approaching his fourth decade on the road

A freelance writer and family man being swept along on a wave of advanced technology, but somehow clinging on to reality. It's only a matter of time ... A highly-motivated scribbler with a background in journalism, business and life itself. Away from the features, interviews and reviews you see here, I tackle novels, short stories, copywriting, ghost-writing, plus TV, radio and film scripts for adults and children. I'm also available for assignments and write/research for magazines, newspapers, press releases and webpages on a vast range of subjects. You can also follow me on Facebook via https://www.facebook.com/writewyattuk/ and on Twitter via @writewyattuk. Legally speaking, all content of this blog (unless otherwise stated) is the intellectual property of Malcolm Wyatt and may only be reproduced with permission.
View all posts by writewyattuk →
This entry was posted in Books Films, TV & Radio, Music and tagged Christopher Kearney, Clitheroe, Cold Shoulder, Hollow Horse, Ian McNabb, Melanie Still Hurts, Nick Kilroe, Richard Naiff, Roy Corkhill, The Icicle Works, Understandig Jane. Bookmark the permalink.