In the words of the Cowardly Lion in The Wizard of Oz, “Unusual weather we’re having, ain’t it?” And while we’re on that subject, did you hear that Dorothy’s other good friend the Tin Man finally got what he wanted during a recent trip to see Wizzard?

Sounds like he was just in time, Roy Wood forced to cancel an appearance at Weyfest 2012 due to a spinal operation. Perhaps it was Andy Murray’s earlier trip to see him that did the damage, the once-dour Scot and occasional Brit clearly following the Tin Man’s “I’m presumin’ I could be kind-a-human if I only had heart” advice and finally getting on board with his emotions. 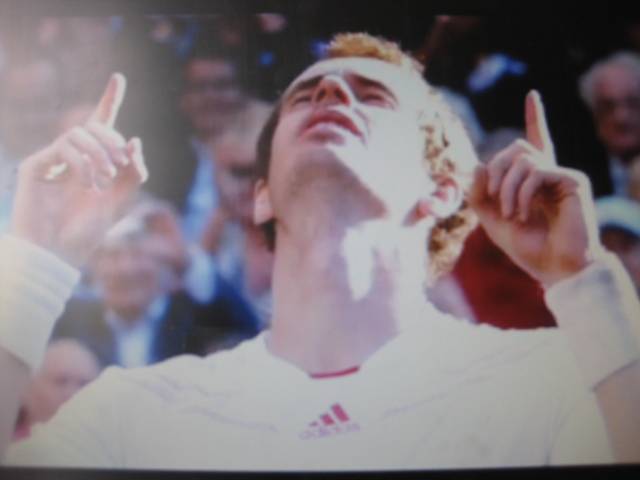 There wasn’t a dry seat on Centre Court – even if the roof was closed – after Murray’s post-match blub in SW19 on Sunday, the world waking up on Monday morning to the possibility that here was a man who actually had a heart as well as truck-loads of true grit and determination.

It wasn’t enough against amiable Swiss maestro Roger the Federer this time, but I think we all saw enough to finally suss we could like this guy and realise that he’s not necessarily made of stone. The future could be bright for British tennis, just as long as the cameras stop showing our best hope’s Mum in the crowd.

At one stage, I did worry that Murray might not finish the match. His early promise and first-set success were swiftly followed by the double whammy of a Federer comeback and an assassination attempt by an army of green-clad ball-boys and groundsmen racing to get the covers on and suffocate the Scotsman in the process. Perhaps it was some kind of All-England directive and a little payback for Bannockburn. I suspect Cliff Richard had something to do with it. Rumour has it that he was about to cover Alice Cooper’s ‘No More Mr Nice Guy’ rather than ‘Livin’ Doll’ if the roof failed to close properly, followed by a duet with Katie Midd on ‘Umbrella‘.

Sunday was a truly emotional day for Muzzer (as we know him … maybe), even if wild-card whipper-snapper Jonathan Marray (or Mazzer as we know him … maybe) had usurped him the previous day, bagging a Wimbledon title in the men’s doubles with Danish partner Fred ‘I can’t live, if living is without you’ Nielsen.

That ensured the steely Sheffield scrapper became the first Briton to enjoy a Wimbledon men’s doubles success in 76 years. Let’s face it, we hear plenty about Fred Perry’s singles titles in 1934, 1935 and 1936, but few of us knew about Patrick Hughes and Raymond Tuckey’s 1936 win. Respect due.

Before Marray’s win, I thought our best hope was in the mixed-up doubles, not least with comedy mayor Boris ‘Bungle’ Johnson and royal-in-law Peppa Midd on the sidelines at Centre Court the following day. Failing that, there was always the Beckhams, who both seem to have a bit of free time on their hands on the lead-up to the Olympics (where one will presumably take on some of the royal duties on offer while the other puts herself to good use as a javelin).

Of course, while this was all taking place and UK hopes were being inflated then swiftly popped, the Williams sisters were nonchalantly heading home with further singles and doubles titles. Well done girls, but just remember how jolly lucky you are that you never had to play Ann Haydon-Jones or Virginia Wade.

But it wasn’t all about Wimbledon this weekend, and there were plenty of other top summer sporting spectacles in good old wet and wild Blighty. While the cricket seems to have failed to win the masses over so far this year, there was something bordering on hysteria in the motor racing world as a bit of weather and traffic chaos kept those who forked out for tickets away from Silverstone, the venue for an annual summer festival of non-sport, where Mud seemed to be head-lining this year.

Okay, I admit it, Formula One – or ‘driving’ as I know it – hasn’t really gripped me since the days of Emerson Fittipaldi, Niki Lauda and James Hunt, that mid-70s period when Les Gray and his band were at their chart-topping peak. But I thought the sport missed a trick this weekend, not least when the British Grand Prix organisers seemed intent on only letting in helicopter pilots on practise day.

I’ve always liked the idea of drivers racing into the pit lanes only to be met by a couple of surly mechanics, who scratch their beards then say there’s no way they can change those tyres until a week Wednesday, as they’re flat out what with Terry being in Magaluf and Brian off with chronic back pain after too many years scrabbling around on cold garage floors. 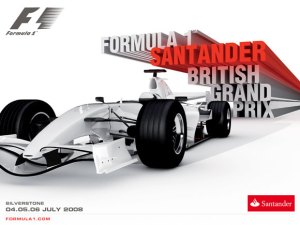 Perhaps instead of the usual qualifying ‘excitement’ we could have had live coverage of the drivers making their way to the circuit instead. You could have Mark Webber trying to get a ferry over from the Isle of Wight (well, Australia would have been a bit too far) with the last of that previous weekend’s festival-goers, while Rosberg, Wettel, Glock, Hulkenberg and Schumacher had to drive a fleet of Trabants up from Harwich docks after sailing over from Hamburg.

To make it fair, Lewis Hamilton would have to take a pedal go-kart from Stevenage, and Jenson Button a tractor from Somerset. And to keep the viewing figures up, Bruno Senna would be behind the wheel of an HGV carrying a carnival float packed with top South American models samba-ing away to their hearts’ content, while Fernando Alonso drove a taxi from Luton loaded with UK-based Spaniards still slaughtered after their Euro 2012 post-tournament celebrations.

If that wasn’t enough to whet your appetite, there would be added drama at the gripping climax as a couple of fascist jobsworths on the gates randomly turned away drivers for not having the right tickets and passes. I’d definitely pay to watch that.

There’s still plenty more sport to savour before the Olympics finally gets underway, and while the ‘outdoor snooker’ at Royal Lytham & St Annes won’t excite everyone, we can at least look across St George’s Channel and marvel at yellow jersey-donning Bradley Wiggins’ sideburns as he carries on his quest for success at the Tour De France. It’s all going pretty well for the Chorley rider and his team so far, even if at first glance the Wiggins camp could be mistaken for extras from an early Style Council video. ‘Allez, allez, allez!’ as Mick Talbot might say.

A freelance writer and family man being swept along on a wave of advanced technology, but somehow clinging on to reality. It's only a matter of time ... A highly-motivated scribbler with a background in journalism, business and life itself. Away from the features, interviews and reviews you see here, I tackle novels, short stories, copywriting, ghost-writing, plus TV, radio and film scripts for adults and children. I'm also available for assignments and write/research for magazines, newspapers, press releases and webpages on a vast range of subjects. You can also follow me on Facebook via https://www.facebook.com/writewyattuk/ and on Twitter via @writewyattuk. Legally speaking, all content of this blog (unless otherwise stated) is the intellectual property of Malcolm Wyatt and may only be reproduced with permission.
View all posts by writewyattuk →
This entry was posted in sport and tagged Formula One, Hamilton, Marray, Middleton, Murray, tennis, Tour De France, Webber, Wiggins, Wimbledon. Bookmark the permalink.