What to expect in January in the Premier League 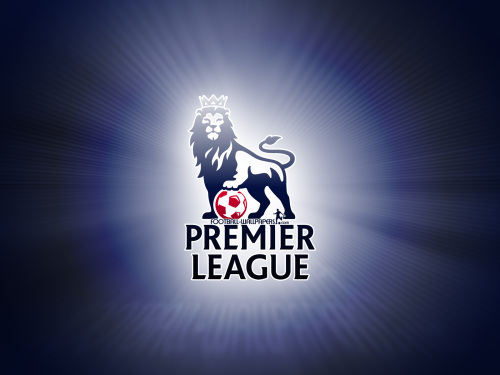 On the verge of the New Year, writewyattuk takes a look at the sporting crystal ball to see what the first month of 2013 will hold for the English top flight, club by club.

Theo Walcott is switched to goalkeeper by Arsene Wenger, and his manager’s gambit pays off, the 23-year-old England star finally agreeing to a new five-year-deal. The Gunners are beaten 6-0 at the Emirates by West Ham, with two of those coming off the back of Alex Oxlade-Chamberlain’s head. But Wenger, in Napoleonesque mood after the game, told the press, “We have lost the battle, but have won the war.”

There are scenes of jubilation and street parties throughout Birmingham, with Blues fans also joining the party as Paul Lambert is held aloft on a sea of Villans’ shoulders after his side secure a point in a 0-0 draw at home to Southampton, breaking a long line of heavy defeats, with much talk of ‘corners being turned’ by the under-fire Scottish manager.

A drunken rendition of Blue is the Colour by Rafael Benitez in a West End tapas bar is secretly filmed and becomes an internet hit, finally endearing the Spanish boss to Chelsea fans. Unfortunately though, Rafa falls off a table at one point and breaks Fernando Torres’ big toe, leading to a six-week lay-off for the improving striker.

Marouane Fellaini is the subject of an FA inquiry after appearing with the reformed Shalamar while serving a ban following an off-the ball incident with Swansea mascot Cyril the Swan. It is later confirmed that he was not in contravention of any club rules, with the latter offence also dismissed after a donation to the Wildfowl and Wetlands Trust and promise of a 50% royalty from a planned duet with Jeffrey Daniel on I Can Make You Feel Good.

Martin Jol stuns the football world by re-signing Jimmy Bullard after three months of retirement, his team-mates celebrating with half-time fish and chips during a Craven Cottage clash with Wigan Athletic. The game peters out in the second half and remains 3-3, but Roberto Martinez is impressed enough to offer Bullard a DW Stadium return when his current contract expires in April, with a year’s supply of pies believed to have swung the negotiations.

A storming performance by Steven Gerrard and two goals for the England star in a 3-1 home win over Norwich City leads to Brendan Rogers securing the England star up to the end of the 2019/20 season, up to his 40th birthday, with an option thrown in by the club’s owners to feature as a National Association for Stock Car Auto Racing driver beyond that.

Village rivals Manchester United are appalled after it emerges that despite their 10-point Premier League lead, the Old Trafford club are wasting their time as their Etihad Stadium foes have actually bought the title, and with it a new Super League style clause in which the league winners will be dubbed ‘Results Toppers’ but then enter a series of extra play-offs (which carry on until City retain the title).

Sir Alex Ferguson’s brand new watch, snapped up as a late present by Jonny Evans in the Boxing Day sales, leads to memorable scenes at Old Trafford, as the veteran United boss asks the fourth official and referee to blow for time, despite his side trailing  2-1 at Tottenham in a stoppage-riddled Premier League clash. The officials are so stunned that they blow up for time there and then, to wild applause and post-match media praise from the veteran Scots manager.

Demba Ba puts pen to paper on a new contract at St James’ Park, after a last-minute deal negotiated with boss Alan Pardew. A newspaper report two days later reveals that the clincher was a bizarre clause involving a link-up with Magpies fans which will see all Newcastle season-ticket holders given free passage to fly out to Africa and support Senegal during their forthcoming matches with Angola, Liberia and Uganda.

A tremendously-potent opening minute Bradley Johnson own goal sets the Canaries on their way to a defeat against Liverpool, bringing to an end a New Year winning run which saw Chris Hughton’s back into the top half of the table, the midfielder later admitting that a continued run would have upset his side’s hope of remaining unfancied Europa Cup hopes and may have an adverse effect on the roll-out of Delia Smith’s new Colman’s and Underhotdog food range.

Further investigations by Harry Redknapp into the wages bill at Loftus Road find that not only are Stan Bowles, Gerry Francis and Rodney Marsh still on the payroll at Rangers, but also the entire troupe of Chipperfield’s Circus. The forthright QPR boss said: “I should have known when four of my inherited players got out at the training ground on my first day there and their car collapsed around them.”

Brian McDermott adds his backing to a controversial plan by Reading owner Anton Zingarevich to sell off the Madejski Stadium and move back to Elm Park in a bid to stimulate the club into better results. Plans for the new Thames Sports Investments Stadium reveal it will have old-fashioned crumbling terraces, open to the elements for home and away fans, with new housing on the site set to be bull-dozed as part of the ambitious scheme.

A 0-0 draw at Aston Villa leads to the Premier League’s latest casualty, with Nigel Adkins making way for Darren Mouatt. Adkins famously made the ‘implausible leap’ from Scunthorpe physiotherapist to Scunthorpe manager and on to the Saints, and now the club’s visionary owners have cut out the middle man and installed the current Iron physio as their next boss. Mouatt’s appointment was seen as a body blow for Iron boss Brian Laws, the ex-Nottingham Forest player feeling it was his turn next at St Mary’s, then possibly Mouatt after him.

Tony Pulis is in line for further media plaudits after a January of glorious football for the Potters, and much talk of their dazzling one-touch style, short throw-ins and precise passing game. However, the results were not on Stoke’s side, with several defeats ruling out Pulis’ chance of the manager of the month award.

Black Cats manager Martin O’Neill has surprised the football world after strengthening his squad during the January transfer window, bringing in six former Nottingham Forest team-mates he won the European Cup alongside. O’Neill has seen sparkling performances from new recruits Peter Shilton, Viv Anderson, Kenny Burns, Larry Lloyd, Ian Bowyer and John Robertson, but ruled out his own return to playing as ‘ridiculous’.

Leading figures in the world of entertainment have backed Sir Alex Ferguson’s criticism of Swansea’s Ashley Williams after the incident in which United’s Robin van Persie was deemed ‘lucky to be alive’ after being hit in the head by a ball struck by the defender before Christmas. When Williams kicked the ball into the crowd during a 2-1 win over Stoke, it was revealed that the watching Robbie Williams ‘might have died’ if he’d been just two inches to his left. And in the light of that revelation it was revealed that Williams came close to a similar injury while tripping over impressario Bill Kenwright as he laced his boot in the directors’ lounge after a defeat at Everton.

Spurs suffer a controversial exit from the FA Cup following a virtual goal from Keith Houchen, following  a free-kick from Cyrille Regis, with the FA looking into the matter right up to the eve of the fourth round. Meanwhile, Gareth Bale takes advantage of a gap in the fixtures to score a first-half hat-trick for Juventus against Genoa in Serie A then Barcelona against Osasuna in La Liga following the discovery of a loophole in the UEFA loan system.

While Baggies boss Steve Clarke continues to win plaudits at the Hawthorns, further evidence emerges of previous roles as right-hand man. While the football world knew about him deputising for Roy Hodgson at West Brom, Ruud Gullit at Newcastle, Gianfranco Zola at West Ham, Kenny Dalglish at Liverpool and Jose Mourinho at Chelsea, the 49-year-old Scot revealed after a 3-0 win over Midlands rivals Aston Villa that he was also No.2 to the Weinstein brothers at Miramax Pictures and Gary Barlow at Take That.

The Hammers were looking a little stunned at New Year, after boss Sam Allardyce’s family confused his Christmas list with his injury list, Big Sam’s scruffy handwriting leading to – among others – Mohamed Diame receiving  a hamster, Gary O’Neil some grain and an Elvis CD, and Ricardo Vaz Te a toy soldier. Meanwhile, Andy Carroll received Donkey Kong for his X-box following a further mix-up. Yet his gambit ultimately proved successful, wins following at Sunderland and Arsenal.

Dave Whelan is no stranger to controversy, but no one expected his decision to force Roberto Martinez’s players into an innovative bonding exercise to make successful ‘apprentices’ at the DW Stadium. After a damaging FA Cup exit against Bournemouth, Whelan announced he would only start re-paying the players’ wages if they successfully got through his business sessions, the Latics sent out to former JJB Sports premises across the North-West to make a living selling sportswear bought back from the firm’s administrators.

This Malcolm Wyatt article first featured on the sportnw.co.uk website and re-appears here with the permission of the author and its original home.

A freelance writer and family man being swept along on a wave of advanced technology, but somehow clinging on to reality. It's only a matter of time ... A highly-motivated scribbler with a background in journalism, business and life itself. Away from the features, interviews and reviews you see here, I tackle novels, short stories, copywriting, ghost-writing, plus TV, radio and film scripts for adults and children. I'm also available for assignments and write/research for magazines, newspapers, press releases and webpages on a vast range of subjects. You can also follow me on Facebook via https://www.facebook.com/writewyattuk/ and on Twitter via @writewyattuk. Legally speaking, all content of this blog (unless otherwise stated) is the intellectual property of Malcolm Wyatt and may only be reproduced with permission.
View all posts by writewyattuk →
This entry was posted in Football, sport and tagged Arsenal, Liverpool, Manchester City, Manchester United, Newcastle United, Premier League, reading, Swansea City, Tottenham, Wigan Athletic. Bookmark the permalink.