HOT on the heels of the year Bradley Wiggins helped put Mod and 6Ts style back on the international stage, it’s nice to know there are a few bands out there determined to add a new spin and twist to a time-served musical force.

And just a month or so after the latest deluxe re-issues featuring The Jam, I can assure you – on the strength of The Sha La La’s first four-track E.P. for Royale Records – the flame still burns in certain quarters.

Think back to the urgency of Weller, Foxton and Buckler’s first LP In The City, and speed 35 years forward (yes, it’s that long) to find a similarly-driven trio inspired by that spirit of classic soul and high-octane guitar-based r’n’b. 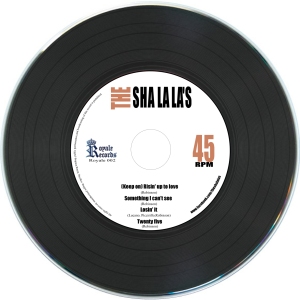 Where The Jam’s seminal debut material showcased everyone from Small Faces and The Who through to Wilson Pickett and Otis Redding, all that and more is woven into the grooves of this South-East three-piece’s latest output.

I’ve watched Darron Robinson and John Piccirillo’s musical odyssey from near and far longer than I care to imagine, back to the days of former incarnations A Month of Sundays and Sweet Life, where they formed a happening trio alongside guitarist Malcolm Smith in the late 1980s.

At that time I was behind the Captains Log fanzine, helping spread the word about a clique of happening bands, while they were treading the boards around London and the South-East, somehow never quite making the big time – for all their respective live power, record company promises and nailed-on publishing deals.

For all that earlier disappointment, Darron kept recording and trying to find his way back, and I’m pleased to say – all these years on – that his latest combo still have that spark, splendidly augmented these days by Lou Lucano on guitar, and sound every bit as fresh as they did back then. In fact, even more so in certain respects for the more stripped-down sound they now offer, as shown on this debut release. 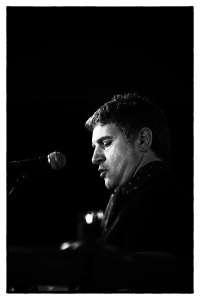 Lead track (Keep On) Risin’ Up To Love is pretty much a sparkling statement of what this three-piece are all about, with shades of The Who’s I Can’t Explain and the feel of a Weller classic. And you could so easily see Otis giving this fine track his all on Ready Steady Go way back when, complete with on-the-sport dance moves.

Next up is Something I Can’t See, the track that first turned me on to The Sha La La’s, sharper than a trip down Carnaby Street in the dim and distant, all those fantastic influences to the fore again.  From Darron’s typically soulful-yet-fiery lead vocal and falsetto backing to the chop-guitar chords, rumbling bass and underlying drumming keeping it all together, we have something of a statement of intent.

Then there’s Losin’ It, which has the touch of a James Taylor Quartet cover of a long-forgotten cult TV theme, but with a little added zip and plenty of old Motown, Northern Soul and Stax magic in there too, taking me back to Oxford Street’s 100 Club and all those Kent Records’ re-issues. 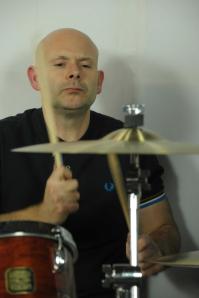 And finally we have Twenty Five, another cracking track that could so easily have been recorded in 1962 as half a century later, to the point where you have to check the label to see the writing credits don’t read Marriott/Lane, Weller or even Darron’s namesake William ‘Smokey’ Robinson.

There are other influences here too, from angst-soul politicos The Redskins right back to Dr Feelgood – hence the band’s apt ‘somewhere between Detroit and Canvey Island’ maxim, with this trio doing Wilko Johnson’s legacy no disrespect whatsoever.

What’s more, The Sha La La’s sound every bit as fresh and new today, while offering a subtle nod to nostalgia and a salutary lesson in retro at its best. 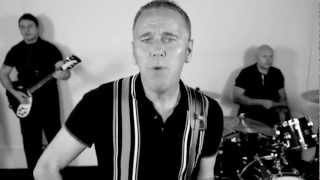 I think they’ve managed to put all that down on record now, but you can judge that for yourselves, by checking them out live or having a listen to The Sha La La’s debut EP (Keep on) Risin’ Up To Love, out this week on Royale Records. To secure a copy, head here

And for more detail about the band, including forthcoming live shows, try this link or have a quick gander at the band on film here

A freelance writer and family man being swept along on a wave of advanced technology, but somehow clinging on to reality. It's only a matter of time ... A highly-motivated scribbler with a background in journalism, business and life itself. Away from the features, interviews and reviews you see here, I tackle novels, short stories, copywriting, ghost-writing, plus TV, radio and film scripts for adults and children. I'm also available for assignments and write/research for magazines, newspapers, press releases and webpages on a vast range of subjects. You can also follow me on Facebook via https://www.facebook.com/writewyattuk/ and on Twitter via @writewyattuk. Legally speaking, all content of this blog (unless otherwise stated) is the intellectual property of Malcolm Wyatt and may only be reproduced with permission.
View all posts by writewyattuk →
This entry was posted in Music and tagged Bradley Wiggins, John Piccirillo, Lou Lucano, Mod, Otis Redding, paul weller, Royale Records, Small Faces, Sweet Life, The Jam, The Sha La La's, The Who, Wilson Pickett. Bookmark the permalink.