Posted on December 2, 2013 by writewyattuk

This week former Starsailor front-man James Walsh returns to his native North-West, showcasing songs from his new album in Liverpool and Manchester.

The talented singer/songwriter will be at The Kazimier, Wolstenholme Square, Liverpool, on Monday, December 2, then the following night at The Ruby Lounge, High Street, Manchester, the first of eight relatively intimate dates on the run up to Christmas.

He continues with more of the same in Ashford, Islington, Cardiff, Winchester then crosses the Irish Sea to play Dublin then close to his home base in Belfast on December 18, before a December 27 gig in Zermatt, Switzerland.

Furthermore, word has it that his album is almost mixed, and – let’s face it – James is currently on something of a high, having successfully gambled on a new marketing approach to the music business.

James has been recording his debut solo album, Turning Point, having been impressed enough by the PledgeMusic concept to take the plunge himself.

The Chorley-born songwriter enjoyed critical acclaim with his band’s 2001 debut LP Love is Here and further success with 2002’s Silence Is Easy, both No.2 chart hits.

Starsailor, who met at Wigan and Leigh College, went on to record two more albums, enjoying 10 top 40 hits, but 2009’s All The Plans was their last.

I’ve been listening to that last album again recently, and retrospectively see that Starsailor were perhaps just victims of the short shelf life meted out to so many bands. I’d go as far as to say it was every bit as good a recording as they’d ever made, but somehow passed by the larger buying public.

But James was not deterred, instead throwing all his energies into other projects, which nicely led on to where he is now.

Four years on, after a number of semi-successful side-projects, James has rallied his loyal fan-base via social media, giving them a chance to play a part in Turning Point.

That ranged from pre-ordering the album to booking gigs in their own home and visiting the studio while he records. And by the beginning of December he had 387 pledges and had reached 158% of his target, way before the album was due to be released.

James told me: “Artists I respect like Ginger from The Wildhearts and Lissie managed chart placings through PledgeMusic. That was a big thing for me, confirming it as a viable, decent alternative to the labels, seeing artists get radio play, suggesting it has legs.”

Sad Loss: A percentage will go to charity in memory of The Charlatans’ drummer Jon Brookes

The campaign includes a five per cent donation to the Brain Tumour Foundation, in memory of The Charlatans’ drummer Jon Brookes, who died in August, aged just 44, following a battle with brain cancer.

“We played with The Charlatans numerous times, did a big American tour together, and got on with all the band. Jon was the life and soul. Drummers are often the glue that bind bands together.

“Us singers and guitarists can be more introverted. You need a gregarious, friendly drummer. He was certainly that for them. It was a sad loss.

“It’s just a nice little gesture. I don’t want to over-state it. It’s still a business model, but it’s great there’s that aspect to it.”

James, 33, now commutes between Northern Ireland, with his wife Lisa and children, Niamh, 11, and Cillian, five, and London.

So does he still keep in touch with college friends and family around Lancashire? And where exactly is home?

“Probably somewhere in the middle of the Irish Sea. I spend a lot of time in London with work, but regard Ballymena as home.

“We’ve been up and down between there and Belfast as a family a few years now. My mum and Dad are up in Scotland now, but my sister’s still in Blackrod, not so far from Chorley.”

Last time I saw James live was at Lancaster Library in late 2009, rocking the large print section with Lightning Seeds frontman Ian Broudie on one of his first solo shows, on what was certainly a night to remember.

“That was the early days, and it’s taken a while to get to this stage, but it’s worth it.”

So where is he at with Starsailor? Is there an end date on that hiatus?

“I think the door is ajar. It’s not completely closed, but there are no immediate plans to do anything.” 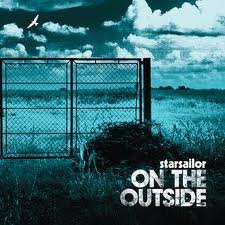 Third LP: Starsailor’s On the Outside from 2005

Last time I saw James with Starsailor was at the Jabez Clegg in Manchester in late 2007, showcasing their third album, On The Outside. There were bigger shows around then, but it struck me that James was far happier with the smaller shows, happily chatting away to his audience between songs.

He said: “I guess so. It’s easy to get lost in a huge venue, but the exception I’d make would be that you can’t beat a great festival.

“Arena gigs and big theatres can be quite daunting, but if the sun’s shining at the Isle of Wight Festival or T in the Park, those are my favourite moments.”

“I felt very comfortable on a stage doing my thing. It helps give me confidence.”

So does he miss the buzz of those big gigs, the world tours, Rolling Stones supports, Simple Minds, and all that?with his old band? And how is it that someone who always classed himself as shy can play to all those people?

“I felt very comfortable on stage doing my thing. It gave me confidence. I still get to do the odd support too, as with Sting and Bon Jovi.

“The longer it goes on because you meet a lot of musicians who’ve spent a couple of years in the limelight, going back to the normal world. I appreciate that I’m still getting offers like that 10 years later.

“It would be great if I was still doing that all the time, but you have to be grateful for what you’ve got.”

Do you think the solo material has taken you further away from your Starsailor days?

“I think it was a natural progression. So few bands have the longevity and continued success of The Charlatans, The Killers, Coldplay.

“It was a good time to pursue a career while still reasonably successful, with people wanting to work with me, not so massively successful that I was letting people down by having multi-million pound world tours on the table.

“For personal reasons it felt like a good time to move on. We really put everything into the fourth album, and felt we couldn’t possibly make a better record.

“When you put it out and it doesn’t do as well as you expect, you have to accept it’s not necessarily down to the music. It was just the wrong time and other bands stealing your thunder. There’s no point sitting around being bitter. You find another avenue.” 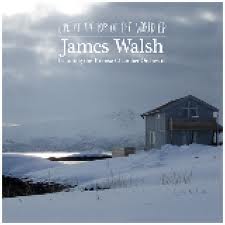 Hence Turning Point, four years later. But this isn’t his first solo product, his impressive Live At the Top of the World EP recorded in northern Norway in 2010, followed by the Lullaby and Powder film soundtracks, and this year’s Time is Nigh EP.

“I guess the confusion arose as Lullaby was originally conceived as a film soundtrack. We were sent a script and visual ideas for a film. But then it was agreed by those making the film that it was going to be released as a stand-alone album.

“But this feels more like my debut, because it’s more like the traditional 12 best songs about a variety of different topics and very much my take on the world. Lullaby was more a side-project, focusing on one specific subject.”

His work on Powder, based on Kevin Sampson’s story, was something he could definitely relate to, a tale of a band, at least partly inspired by Wigan’s The Verve.

Paperback Songwriter: the Kevin Sampson book that inspired the film of the same name, and Walsh’s songs for it

“Powder was slightly easier than Lullaby in it was about a band, so I could write from that viewpoint, relate to that. Kevin managed The Farm, so put a lot of that experience in. I was only involved on a peripheral level, but did a few rehearsals with actors shadowing us. And the performances were quite convincing.”

The new material certainly won’t disappoint Starsailor fans, judging by Time is Nigh. And he’s enjoying the challenge of starting again, without the big label stress.

“It’s been good to be away from the pressure of having to have things chart and get on the radio. The audience for the solo stuff will come, it’s just a much slower process.

“The music industry’s not in a great place at the moment so you have to cling to and enjoy the little successes, like selling out a show. That’s the nice thing about social media too, getting the odd tweet about people loving your album. It spurs you on.”

He’s also got to work with a few names in recent times, including further live slots with Sheryl Crow and Simple Minds, and recording with Suzanne Vega.

“It’s been great with Suzanne. She’s an incredible artist. I’ve done a couple of gigs with her too. She’s always maintained a respectful career, had a few hits, but managed to keep a profile. Definitely someone I admire and aspire to be like.

“I’ve done a few dance music collaborations that are also coming to the surface. I’ve also worked on Matt Cardle and Eliza Doolittle’s albums. It’s nice to have that little bit extra.

“To make a career as a songwriter you need a big single, lots of radio play. It’s all at a fairly early stage, it’s about a catalogue of songs. Maybe one day I’ll have that hit.”

So what can we expect in Liverpool, Manchester and beyond as he sees the year out in style?

“A good night, with a few Starsailor songs and tracks from the new album, maybe a few covers … a bit of everything.”

And what advice might he give himself if he could turn back the clock 15 years, with Starsailor about to hit the big time?

“Soak it up and appreciate it all. It’s an amazing opportunity. It’s easy to get carried away and think this is normal, you soon realise it’s not.

“You’re surrounded by 98 per cent positivity, and about two per cent of people on your back. It’s so easy to focus on that two per cent. Just enjoy yourself.”

* For tour details head to http://solo.uk.com/shows/dates/james-walsh.aspx and to find out about James’ PledgeMusic campaign, head to http://www.jameswalshmusic.com

* This is a slightly longer, revised version of a Malcolm Wyatt interview that appeared in the Lancashire Evening Post, with a link here

A freelance writer and family man being swept along on a wave of advanced technology, but somehow clinging on to reality. It's only a matter of time ... A highly-motivated scribbler with a background in journalism, business and life itself. Away from the features, interviews and reviews you see here, I tackle novels, short stories, copywriting, ghost-writing, plus TV, radio and film scripts for adults and children. I'm also available for assignments and write/research for magazines, newspapers, press releases and webpages on a vast range of subjects. You can also follow me on Facebook via https://www.facebook.com/writewyattuk/ and on Twitter via @writewyattuk. Legally speaking, all content of this blog (unless otherwise stated) is the intellectual property of Malcolm Wyatt and may only be reproduced with permission.
View all posts by writewyattuk →
This entry was posted in Books Films, TV & Radio, Music and tagged Ballymena, Belfast, chorley, James Walsh, Jon Brookes, Lanchester, Lightning Seeds, Liverpool, PledgeMusic, Starsailor, Suzanne Vega, The Charlatans, Turning Point. Bookmark the permalink.