Years on the clock, but magic in the songbook – the Craig Reid interview

Posted on August 1, 2019 by writewyattuk 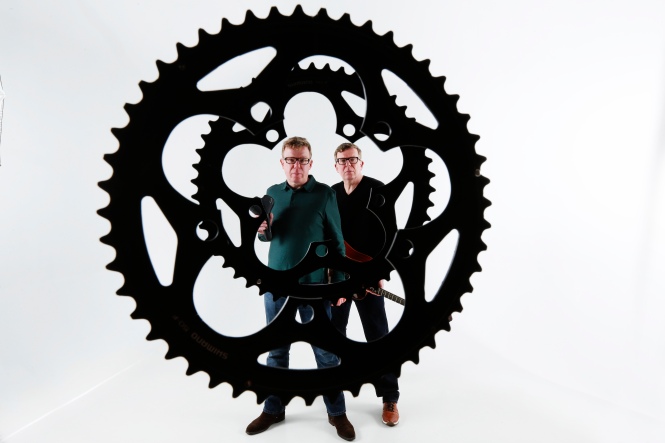 It’s been a busy year for The Proclaimers, still promoting last year’s mighty Angry Cyclist album with live dates here, there and everywhere, clocking up a hell of a lot more than 500 miles and 500 more so far.

But the finish line is now in sight, getting on for a year after their 11th studio LP saw the light of day.

I saw the brothers and their long-term band at Sheffield City Hall last October, and was suitably impressed (with a review here). And while that first leg of shows ended in December – featuring a sell-out 47 shows in the UK and a 13-date coast-to-coast tour of Canada – they’re back out there now for several more big dates.

And all that 32 years after first impressing this scribe and countless other fans around the world, the Reid boys similarly inspired the first time I saw them in 1987 at Glastonbury Festival, their songcraft and inner fire as strong as ever, long after This is the Story first stopped so many of us in its tracks.

They’ve even inspired a musical, the play and film Sunshine on Leith, a new generation of fans picked up along the way, with the movie becoming the fifth-highest grossing independent UK film of 2013 and Stephen Greenhorn’s original musical enjoying its fourth UK run last year and believed to now be heading toward’s London’s West End.

Charlie and Craig, born in Leith, Edinburgh, in 1962, were flying to Amsterdam the day after I called the latter, looking forward to a first ever appearance at the Paradiso, then a show in Bruges, before returning to the UK for a date in Solihull that Sunday. And when we spoke, their latest appearances at Edinburgh Castle were still very much on the mind.

“We did it once before, 11 years ago, but this time we did two nights, and for the first the weather conditions were perfect. On the second there was a little rain and the wind was pretty high, and a couple of times I think we thought we were going to have to pull it. But luckily, we got to do the whole show, and it was great. Yes, a very memorable experience.”

That involved 8,000-capacity sell-outs each night, as opposed to a similarly-impressive 5,500 success for a recent Inverness date. And I believe there’s a documentary about the song ‘Sunshine on Leith’ coming soon.

“There is. They asked a while ago if they could film both nights (at Edinburgh) for this film, so I wait to see how that turns out.”

I see you’ve been asking fans via social media for memories of what that song means to them. I’m guessing you’ve heard lots of inspirational stories so far.

“Yes, about ‘Sunshine on Leith’ and many other songs of ours, but that song more than any other.”

My chief excuse for talking to you this time is the Warrington Parr Hall show this Sunday, August 4th, and Blackpool Opera House on Saturday, August 17th, with dates at Watford Colosseum (9th), Oxford New Theatre (11th) and Stoke-on-Trent Victoria Theatre (16th) in between. Have you played the Opera House before?

“We played Blackpool three years ago, and that’s definitely going to be the biggest crowd we’ve played to. We’re looking forward to getting back there.”

It’s been a long tour, and it goes on. You see out August at Salisbury City Hall (30th) and The Hexagon in Reading (31st), then in September have your Home Internationals of sorts, with dates at Swansea’s Brangwyn Hall (1st), Cork Opera House (5th), Dublin’s Bord Gais Energy Theatre (7th) and Belfast’s Waterfront Hall Auditorium (8th) followed by a finale at the Glasgow SSE Hydro (14th). Will that be the last show for a while?

“That’ll be the last for this album. I think by that time we’ll have been touring with this record since June of last year, so I think we’ll take a break then make another record. I’d have thought that next year we’ll all be writing and recording, and I wouldn’t have thought we’d be playing any live dates.”

When I saw you live last autumn, you were already on the money, so I can’t imagine how tight a band performance it must be now. Could you be doing this in your sleep by now?

“No, we do keep changing things. Even at Edinburgh Castle we changed songs for the second night. You’ve got to keep yourself on your toes. We’ve a lot of songs we can play. There are some you feel you should play every night, but others to switch around and keep it interesting.” 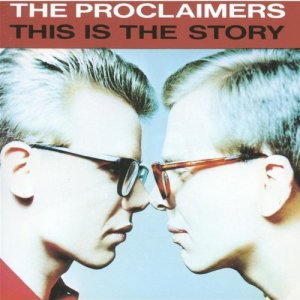 I’m guessing it might get a little wearing going into something like ‘(I’m Gonna Be) 500 Miles’ every night, great a number as it is. Then again, I saw a clip of the Jacaranda School in Malawi singing the song as part of the Mary’s Meals charity initiative. Moments like that must make you proud and somewhat emotional.

“Yeah, it does. It’s great when your song can get through to so many people. Certainly, ‘500 Miles’ is not a difficult song, but I think that adds to it. That’s part of the popularity. That’s why so many people have done it in so many different situations.”

It must play on your mind or indeed any other successful band with something like that, wondering just what it was that made it become such a worldwide hit. If you could bottle that … Then again, I don’t see you and Charlie looking for an elusive formula that might guarantee a hit record.

“No. We didn’t expect to get them in the first place, so we don’t set out to make hit records.”

How was your Glastonbury Festival this time around?

“It was fantastic. We were on at 11.45, by which time the sun was directly over the stage, and it was very hot. But it got much worse in the late afternoon. I really pitied the acts that were on after us. The heat was incredible. I’ve never felt it like that at any festival. But it was good to get back there.”

That’s where I first saw you live in 1987, and in a similar mid-afternoon slot I seem to recall.

“We did, yeah. The first album was not long out at that stage, possibly a month or so.”

I said in my review from Sheffield City Hall from last October that you seemed somewhat channelled when you got out there, but fired straight into ‘Angry Cyclist’ and it made for a mighty, punchy start. I get the impression you still get nervous.

“Yes, sometimes. Even playing regularly. It’s not something where you get a couple of gigs and then you feel fine for the rest of the tour.”

I suppose it’s good to have that nervous energy. It leaves you less likely to get complacent.

“I don’t think we’d ever become that, y’know. It’s never happened, and I don’t think that’s ever going to happen with us.”

The lyrics for that song are spot on. It perfectly encapsulates the state we’re in politically right now, on both sides of the Atlantic, with a clear shift to the right and the seemingly-unchecked rise of populism. It seems that you must have so much material to go at as a songwriter right now, yet that must get hard – feeling a need to raise those issues all these years on.

“Yeah, I think that the polarisation of politics in many Western democracies, America and Britain especially, has been very obvious. For a number of years now. I think it will end eventually, but I don’t know how or when it will. It’s got a while to run yet. And I don’t think you could watch what’s gone on in the last couple of years and not write about it.”

Even the day we spoke, waiting – despairingly – to hear whether Boris Johnson or Jeremy Hunt would emerge as Conservative leader and therefore Britain’s next Prime Minister, I thought of another Proclaimers song, ‘What School’. We seem to be living little vignettes from your songbook. And on a similar front, 30 years or so down the line, can you still feel at times, thinking of a song from your previous album, ‘Forever Young’?

“No … in spirit I suppose, but reality and age catches up with you by the time we step down from the bus when we’re out on tour and the bloody legs are playing up. I think you take longer to recover from gigs and everything.”

Do you find it difficult to write songs when you’re out on the road? Because you’ll have spent a long time in that situation this past year or so.

“I never even try. I get an occasional tune and I’ll maybe just sing that into the phone, and might use that later on, but I don’t make any attempt to write on the road. I concentrate on what we’re doing.

When you are back home, do you live quite close to Charlie these days?

Do you see a lot of each other between recording and touring commitments? Do you still properly socialise?

And amid all this, where do you get your own sense of piecethese days? Is that still around and about Edinburgh, communing with that special ‘Sunshine on Leith’, or elsewhere?

“I think in Edinburgh, yeah, I think so.”

Spokes Persons: Craig and Charlie Reid on location with The Proclaimers in Leith (Photo: Murdo MacLeod)

A freelance writer and family man being swept along on a wave of advanced technology, but somehow clinging on to reality. It's only a matter of time ... A highly-motivated scribbler with a background in journalism, business and life itself. Away from the features, interviews and reviews you see here, I tackle novels, short stories, copywriting, ghost-writing, plus TV, radio and film scripts for adults and children. I'm also available for assignments and write/research for magazines, newspapers, press releases and webpages on a vast range of subjects. You can also follow me on Facebook via https://www.facebook.com/writewyattuk/ and on Twitter via @writewyattuk. Legally speaking, all content of this blog (unless otherwise stated) is the intellectual property of Malcolm Wyatt and may only be reproduced with permission.
View all posts by writewyattuk →
This entry was posted in Books Films, TV & Radio, Comedy & Theatre, Music and tagged Angry Cyclist, Charlie Reid, Craig Reid, Edinburgh, Edinburgh Castle, Glastonbury Festival, Mary's Meals, Stephen Greenhorn, Sunshine on Leith, The Proclaimers, This is the Story. Bookmark the permalink.