Mission accomplished … but the public service beat goes on

In which writewyattuk runs the rule over the eagerly-awaited debut LP from Public Service Broadcasting – Inform, Educate, Entertain … and discovers a ready-made classic. 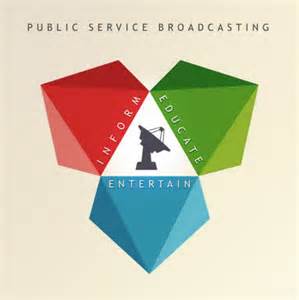 It’s always a nervous experience when a band you’ve learned to love during the incubation stages brings out its first album.

Sometimes it might fall short of the mark, not quite living up to the live promise, while other times the production isn’t quite what you’d expected.

Thankfully, Inform, Educate, Entertain hits all the right notes though, and we have all we could have hoped for from Public Service Broadcasting’s debut long player.

What’s more, for those of us who’ve been watching their progress via the live circuit, copious radio airplay and a succession of wonderfully-spliced archive public information films, there’s a few new songs to savour here too.

So while this is almost an instant greatest hits collection – even kicking off with its own ‘PSB on 45’ style mega-mix for the title track – it’s much more than that.

And while time constraints might rule out the inclusion of songs from the band’s War Room EP and a few other PSB live classics, that really isn’t a problem.

The introductions behind us, we dive head-first into the wondrous Spitfire, my favourite single of 2013, and just as evocative without its exquisite promo with snatches of The First of The Few, a Rolls-Royce Merlin engine–powered classic if ever there was one.

Corduroy-clad inspiration J Willgoose then effortlessly turns to banjo-driven live favourite Theme From PSB before another column gear shift for high-octane single Signal 30, and suddenly it’s as if the Wedding Present are with us in the car on this bare-knuckle ride.

Where to go from there? It couldn’t have been easy, but the mood changes again as Willgoose and Wrigglesworth take the Night Mail, a brave move when faced with all of us for whom the original 1936 GPO Film Unit information film holds such gravitas.

Yet they somehow get away with it, the sampled snippets of WH Auden’s iconic poem given added resonance here if that was possible. You shouldn’t be able to get away with painting something new on to such an accomplished soundscape, but it works.

We need a little time for reflection from there, and Qomolangma gives a Holst-esque new dawn feel to the proceedings before we wave on the band’s first single, the dance-hypnotic, truly colourful ROYGBIV.

This time, Willgooses’s plucking and Wrigglesworth’ trip-beat combine to great effect on a slow-building gem, and in the right context surely we have the sound of summer.

There’s a major sea change from there to provide the oceanic backdrop of Lit Up, but again it works superbly, a fantastic example of pictures painted by sound, and that’s both the original audio commentary and all the two Ws have sonically built around that.

That invention is taken to a new height on the supreme Everest, the release of this sublime album perfectly timed to mark the 60th anniversary of the historic Edmund Hillary and Tenzing Norgay-led expo to the top of the world.

Having scaled the ultimate peak, Late Night Final has to be a measured withdrawal, and there’s a sense we’re making our way slowly home after all that’s gone before here, a fitting conclusion to a 43-minute epic project, and one suggesting there’s far more to come from this highly-inventive London duo.

If Public Service Broadcasting did indeed set out to ‘teach the lessons of the past through the music of the future’, their debut long player has achieved just that, and in style.

For more about Public Service Broadcasting, their upcoming gigs and how to order Inform, Educate, Entertain, head here

A freelance writer and family man being swept along on a wave of advanced technology, but somehow clinging on to reality. It's only a matter of time ... A highly-motivated scribbler with a background in journalism, business and life itself. Away from the features, interviews and reviews you see here, I tackle novels, short stories, copywriting, ghost-writing, plus TV, radio and film scripts for adults and children. I'm also available for assignments and write/research for magazines, newspapers, press releases and webpages on a vast range of subjects. You can also follow me on Facebook via https://www.facebook.com/writewyattuk/ and on Twitter via @writewyattuk. Legally speaking, all content of this blog (unless otherwise stated) is the intellectual property of Malcolm Wyatt and may only be reproduced with permission.
View all posts by writewyattuk →
This entry was posted in Books Films, TV & Radio, Music and tagged Everest, Inform Educate Entertain, Night Mail, Public Service Broadcasting, ROYGBIV, Signal 30, Spitfire, Willgoose, Wrigglesworth. Bookmark the permalink.