Next Train From Yeovil – The Return of The Chesterfields

Posted on September 12, 2019 by writewyattuk 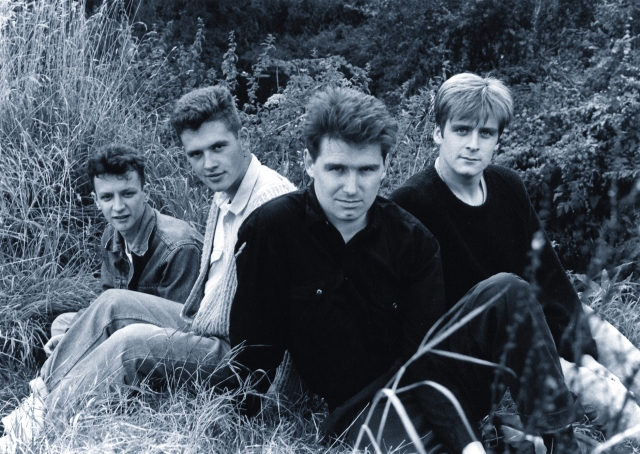 Thirty-five years after taking their first tentative steps into the world of independent pop fame, The Chesterfields are back for a string of UK dates this September.

Founder member Simon Barber (bass, vocals) will be joined on the road by Andy Strickland (lead guitar, also known for his work with The Loft and The Caretaker Race), who briefly featured with the band in 1987, and more recent additions Helen Stickland (guitar, vocals) and Rob Parry (drums), the quartet celebrating an alternative scene success that led to a string of indie hit albums and singles, including iconic debut LP, Kettle.

The latest tour comes two years after their last UK jaunt, and in classic DIY independent style the West Country comrades and Isle of Wight-based Andy are all pitching in, with further friends from the original scene doing their bit to make it happen, as Simon – like Helen based in Sherborne, Dorset – explained.

“Yeah, we get on! This was the line-up we got together for the C86 reunion shows, and might even have lasted longer the original line-up now. I wouldn’t do it if Andy wasn’t involved. We get on so well. He makes us The Chesterfields really – he has the jangle and the edge. I went to the Isle of Wight to sort things out a couple of weeks ago with him, and we get on like a house on fire.

“I’ve also rehearsed locally with Helen, and that’s great, while Rob’s nearby in Yeovil. He’s so can-do. He’s booked the van and organised accommodation, and he’s going to drive. Without him I don’t think I could contemplate it. There’s so much to organise.”

“Yeah, it’s just like it was, but back then we had managers, and pretty good ones who looked after lots of stuff. And looking back at my diaries, it’s incredible how busy we were. We were out playing gigs all the time. I don’t know how we held down jobs.”

Simon co-founded the band with fellow frontman Dave Goldsworthy in Yeovil in 1984, initially with drummer Dominic Manns, various personnel changes following, the band signing to Bristol’s Subway Organisation (also home to the Soup Dragons, Shop Assistants, Razorcuts, Flatmates, Rosehips and Rodney Allen, the latter having a spell with The Chesterfields in 1987, and also guesting on the forthcoming tour), emerging alongside fellow West Country indie luminaries The Blue Aeroplanes (for whom Rodney went on to feature) and The Brilliant Corners. 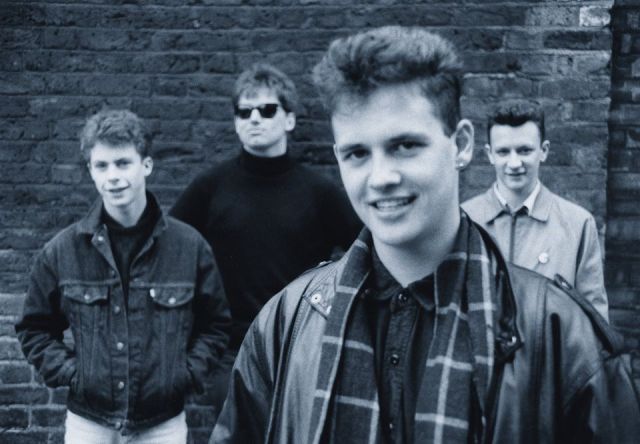 A volley of memorable 7″ singles followed, including ‘Sweet Revenge’, ‘Completely & Utterly’ and ‘Ask Johnny Dee’, that first album – with its distinctive yellow and pink cover – only denied a UK indie chart No.1 by Sonic Youth’s ‘Sister’. What’s more, each release was co-designed by Simon and his then-girlfriend Amanda Wallwork under the guise of The Terrible Hildas, the band’s co-founder and graphic artist in later years setting up successful West Country monthly arts magazine Evolver, while Amanda became an established artist in her own right.

The Chesterfields came to prominence as part of a happening UK underground scene that turned its back on over-produced chart music in favour of back-to-basics pop, a plethora of bands, small record labels, gig nights and fanzines emerging, groups such as The June Brides, Primal Scream and The Wedding Present helping spearhead the movement.

Along the way, they were endorsed in particular by Janice Long on BBC Radio 1, as well as several fanzine writers and club promoters on a thriving DIY scene, including Johnny Dee, who later wrote for the NME after being immortalised in a Chesterfields hit, and just happens to be lined up for a DJ slot at London’s iconic 100 Club on this latest tour.

Kettle was followed swiftly by singles compilation Westward Ho! then 1988’s Crocodile Tears on their own Household label, by which time Simon’s brother Mark Barber had joined, the siblings briefly co-fronting the band before a split in 1989.

The band also appeared on national Saturday morning television, played several prestigious festivals, and toured the UK and Europe non-stop before calling it a day, with Andy’s previous spell including their biggest gig at 1987’s Glastonbury Festival (something this punter somehow missed, despite being there).

A later line-up again included Davey, with 1994 LP Flood following via the Vinyl Japan label, the band also getting to tour Japan with the Television Personalities. However, by the time the band were the subject of Cherry Red Records’ best of retrospective Electric Guitars in their Hearts in 2005, it was long since over, with Davey the victim of a fatal hit-and-run accident in Oxfordshire two years earlier.

In fact, Simon – who additionally fronts the band Design, also featuring bandmates Helen and Rob – resisted all offers to use The Chesterfields’ name until persuaded by New York City’s PopFest to perform in 2016, describing that memorable show at The Knitting Factory in Brooklyn in our previous interview as ‘fantastic … to be up there singing Davey’s songs and my songs with friends, in a place I never thought I’d go to with the band, the audience seeming to know all the songs.”

And the resultant response and revived interest ensured they remain a going concern, Simon more than happy for Helen – who runs a West Country flower farm and a bookstore between band outings – to share the limelight out front these days, telling me last time around, “I found my other perfect side-kick in Helen, after Davey, with whom I had that sweet’n’sour Lennon-McCartney thing. I don’t have to be a front-man, even when they’re my songs and I’m singing lead.” 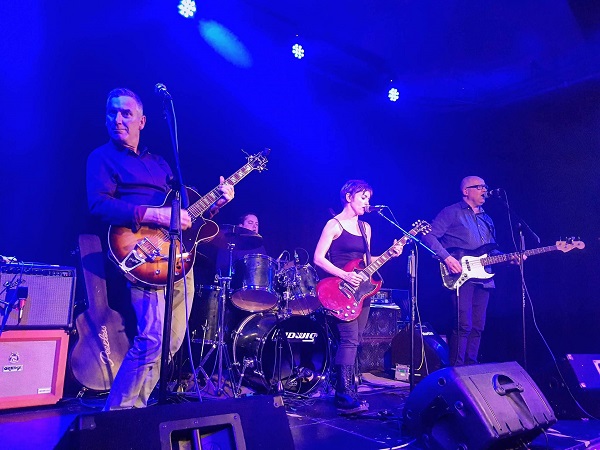 As it turns out, the band are also set to record a new LP, due out next year. But first there’s a week of dates, starting next Monday (September 16th) in South Wales, featuring a number of special guests, including Rodney Allen, Dai-Nichi, The Proctors, St James Infirmary, The Suncharms, and The Waltones, plus guest DJs, among them not only Johnny Dee, but also Rocker from The Flatmates.

“We’ve managed to persuade The Waltones out of retirement for the London gig, and we’ve got The Suncharms playing in Manchester – I don’t think they’ve played since last time we played with them a couple of years ago, and apparently they’ve never played Manchester before, despite the fact that Richard (Farnell, bass) from the band runs Vinyl Exchange there.

“They’ve made a couple of records since, on interesting American labels too, including Slumberland, a very cool indie label. Richard turned up when Design played songs by The Chesterfields for the C86 gig in London, introducing himself and saying how he saw us at a small club in Sheffield. Apparently, they decided to stay for the encore and missed the last bus home, with a long walk home as a result.

“What I’ve been trying to do is get people on the ground I’ve known a long time, such as Stephen Joyce in Newcastle who ran the Woosh label, who also put gigs on and put out flexis, and I’ve put a couple of his bands on down this way before. He was up for coming along to DJ and suggested another band that would bring people along from that era. Then Adrian Gent popped up, a house DJ who was an indie kid. He’s coming to DJ in Manchester.”

Talking of DJs, you have a certain fella called Johnny Dee involved.

“Yeah, he’s doing the London gig and possibly one in the West Country too. Adrian Gibson who runs AGMP was another Indie kid who used to come into London from Kent to see the Chesterfields, and he’s organised a few more, namely Manchester, Newcastle and Birmingham.  And we have a gig every night for seven nights.”

And the guests include another former Chesterfields bandmate, Rodney Allen.

“Yeah, for a while he wasn’t doing anything and was resistant to do so, other than sets of covers at Pilton Working Men’s Club, but last year he supported Australian band The Church at the Fleece and Firkin in Bristol, coming back out of retirement, putting his toe back into the water. He loved that and was well up for the 100 Club, especially when he also heard The Waltones were doing it. He’s also been guesting with The Blue Aeroplanes again.” 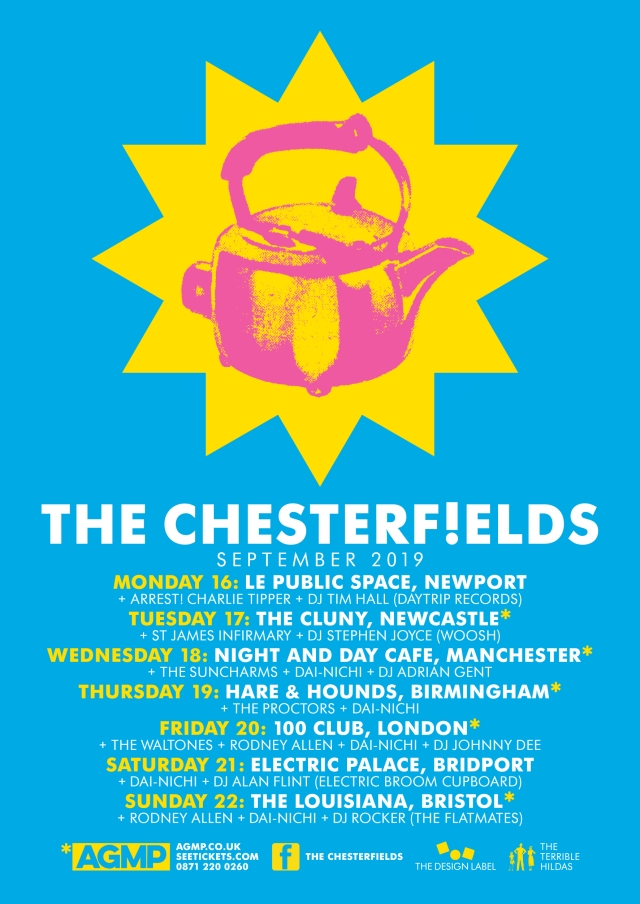 “Yes. I remember a Bristol Bierkeller gig we did (back then) with The Brilliant Corners and The Blue Aeroplanes. That was a real highlight. They were amazing. And it’s all still pretty chaotic with them today!”

Incidentally, Simon also dropped hints – albeit under intense questioning from yours truly – that he might be able to persuade not just Rodney to guest with the band during their set, but also his brother Mark. We shall see.

And above all else, despite Simon’s initial and somewhat understandable reluctance, I guess this is a nice way of paying tribute to Chesterfields co-founder Davey’s memory.

“It’s 35 years since Davey and I put the band together; his lyrics, I think, are amazing; and I’m just so happy to be out there singing his songs and hopefully doing them justice. And if I didn’t think that was the case, I wouldn’t do it.” 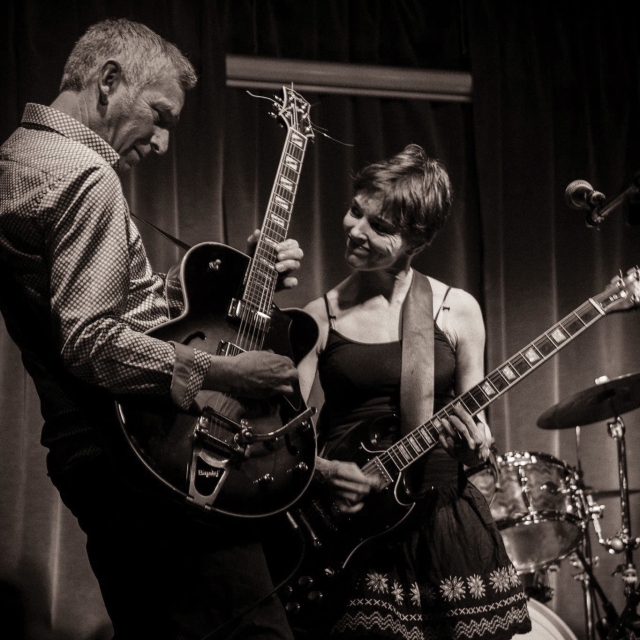 Duelling Guitars: Andy Strickland and almost-namesake Helen Stickland get stuck in with The Chesterfields

A freelance writer and family man being swept along on a wave of advanced technology, but somehow clinging on to reality. It's only a matter of time ... A highly-motivated scribbler with a background in journalism, business and life itself. Away from the features, interviews and reviews you see here, I tackle novels, short stories, copywriting, ghost-writing, plus TV, radio and film scripts for adults and children. I'm also available for assignments and write/research for magazines, newspapers, press releases and webpages on a vast range of subjects. You can also follow me on Facebook via https://www.facebook.com/writewyattuk/ and on Twitter via @writewyattuk. Legally speaking, all content of this blog (unless otherwise stated) is the intellectual property of Malcolm Wyatt and may only be reproduced with permission.
View all posts by writewyattuk →
This entry was posted in Books Films, TV & Radio, Music and tagged Adrian Gent, Adrian Gibson, AGMP, Amanda Wallwork, Andy Strickland, Blue Aeroplanes, Brilliant Corners, Davey Goldsworthy, Design, Evolver, Helen Stickland, Johnny Dee, Kettle, NYC Popfest, Rob Parry, Rodney Allen, Sherborne, Simon Barber, Subway Organisation, Terrible Hildas, The Chesterfields, Yeovil. Bookmark the permalink.